The $16 billion takeover of Carlton & United Breweries from Anheuser Busch InBev by Japan’s Asahi will make smaller operations think twice about expansion plans, but will boost the importance of independence, according to one West Australian craft brewer.

Rocky Ridge Brewing Co owner Hamish Coates said the jury was still out on the exact impacts the takeover announced last month would have but some things were already clear. 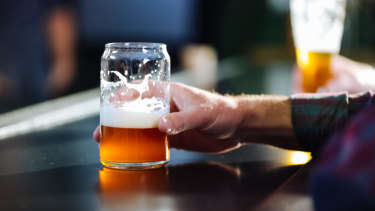 The beer landscape has changed after the Asahi purchase of CUB.Credit:Alamy

“It will put a cap on what we will do, the bigger they get the harder it becomes to compete cost-wise, volume-wise, access to market, the ability to advertise, everything becomes that much harder for us because they’ve got the weight of hundreds of millions, if not billions, behind them,” he said.

“To an extent it curtails any massive expansion we’d do simply because we need to remain niche.

Mark Hulbert: Should we really wait until age 70 to receive Social Security benefits?

Head of Business and Town Centres job with Royal Borough of Greenwich | 151519...