Commonwealth Bank has been engulfed by rolling scandals since 2013, when Ms Ferguson revealed systemic fraud and cover up in the bank’s financial planning division which led to a parliamentary inquiry and eventually last year’s royal commission.

In an opinion piece for Nine Entertainment Corporation’s New Zealand media outlets, which ran an extract from Ms Ferguson’s book about CBA earlier this month, Sir Ralph said bank had the worst customer satisfaction rating in the industry when he took the job and it was his job “to turn this situation around”.

“The then board was concerned about the bank’s worsening position in customer satisfaction and its market share loss, as a result long term incentive bonuses for senior executives were only to be paid when CBA’s customer satisfaction reached number one of the major banks and were not rewarded based on financial or sales results, an industry first,” he said.

He denied there was any issue with the application of the Cohen Brown process within the bank.

“It is a well thought out and rigorous system, its core principle is based around customer service not ‘hard sell’ as portrayed in the … article,” he said.

“In fact is it a ‘cardinal sin’ to sell a customer a product they don’t need.”

In fact is it a ‘cardinal sin’ to sell a customer a product they don’t need.

In her book, Ms Ferguson interviewed the co-developer of the model, Marty Cohen who said that the overlay of financial incentives such as bonuses, as some Australian banks had done, could warp the outcomes.

Sir Ralph pointed to a string of awards won by the bank during his tenure including his own claiming of the Customer Service CEO of the year in 2010, saying he was “the only bank CEO ever to achieve this award”. He also noted that the bank became the top-ranked bank for customer and staff satisfaction.

“The facts are that this process was very successful in overhauling the bank’s culture and that is demonstrated in the results,” he said.

Sir Ralph said CBA’s financial growth during his tenure could “not have been achieved by an organisation using flawed processes and a staff that was not committed to doing the best for its customers”.

“Yes, we did make mistakes and we did have misconduct, we did our best to rectify those mistakes and dealt decisively with misconduct when we became aware of it,” he said.

“I take great pride in what we achieved as a committed team at CBA.”

Sir Ralph’s claim on the bank’s handling of misconduct is at odds with the assessment of Mr Comyn who on Wednesday said the cumulative total for compensation now stretched to $2.2 billion. 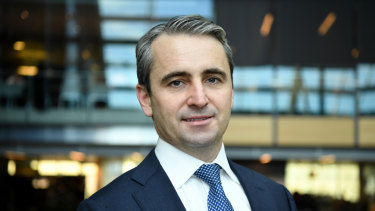 “There’s a very clear recognition that the bank didn’t get it right in a number of areas,”  he said.

Mr Comyn said some of the issues at the bank should never have happened and “should have been found earlier and addressed”.

“We’ve spent a lot of time trying to get to the absolute bottom of any of the issues we’ve … discovered for ourselves, and we are working as quickly as we can to make sure that we refund our customers plus interest on top of that as quickly as possible,” he said.

Whistleblower Jeff Morris, who tried unsuccessfully as a CBA employee to get the company to take action against financial planners ripping off their customers, said the most charitable view of the former CEO’s version of events was that he was “completely misinformed”.

“In life there are times to keep quiet and Ralph Norris would be best advised to keep quiet,” Mr Morris said.

Mathew Dunckley is business editor for The Sydney Morning Herald and The Age. Based in our Melbourne newsroom, Mathew has almost 20 years experience as a journalist and editor.