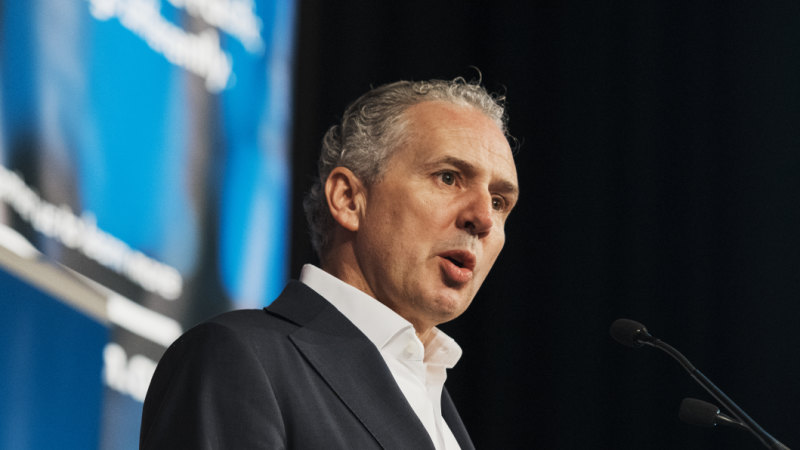 Optus has a recently launched 5G fixed broadband service but telco sources said this is not a strategy to rival the NBN but to complement the network in areas with slower speeds.

“While … 5G is not going to replace the NBN, it does present the opportunity for many customers to be switched to mobile,” Mr Penn said.

“This would be incredibly damaging for the NBN and would have the effect of putting further upward pressure on wholesale prices thus compounding the problem.”

Mr Penn on Tuesday accused the taxpayer-funded project of causing an “unnatural distortion” in the broadband market and used research from Link Economics to criticise the high costs.

He has ramped up his argument this year for the the $51 billion network to drop its pricing as the telco undertakes a radical turnaround strategy to bolster its business and launch 5G after a falling share price amid major competition in mobile and the disruption of the NBN.

The NBN Co is currently consulting about its pricing and telcos have made submissions asking for a range of changes to help boost profits and simplify the charges. Communications Minister Paul Fletcher recently said the government would not intervene on NBN pricing. NBN needs to recover its costs and generate a return to remain ‘off-budget’, meaning a price cut could trigger a write-down of the asset by the government.

Mr Penn in his speech also criticised regulations that affect telcos but not digital services like Viber and Facebook’s encrypted messaging app Whatsapp, asking for “the same rules for the same service, regardless of the origins and industry of the provider”. Telcos and broadcasters have licences that require them to meet a range of rules or face penalties, while platforms operating over the internet to allow services like messaging do not face these requirements.

This comes days after the Federal Government released a world-first final report from the Australian Competition and Consumer Commission that suggested placing new rules on the tech behemoths, including a code of conduct and greater oversight.