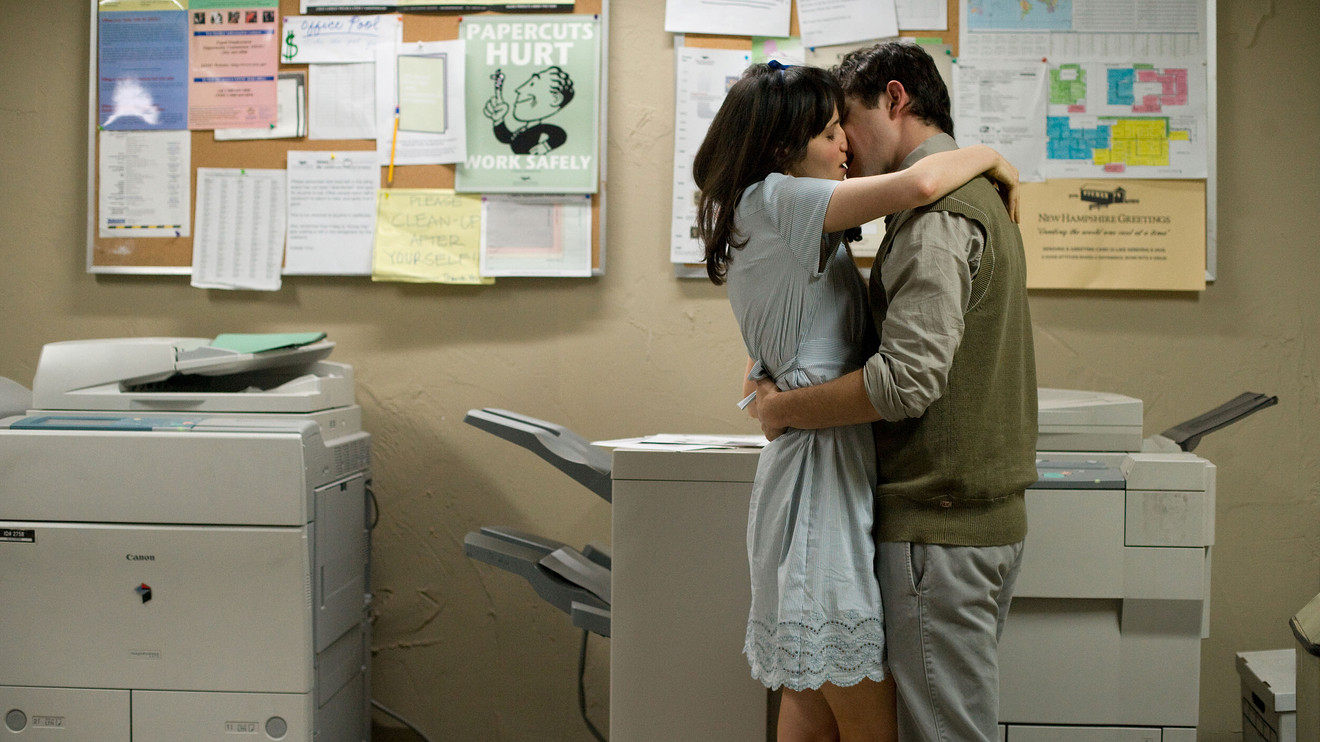 If you work at Airbnb and want to date a co-worker, you get just one shot to ask them out.

“You can only ask another employee on a date once, and it can’t be someone in your chain of management, so not your boss or someone on your team,” an Airbnb employee told MarketWatch, referring to training he received at the company’s San Francisco headquarters.

And, yes, a vague response like “I’m washing my hair that night” counts as a “no.”

Airbnb is readying itself for an IPO and is likely trying to avoid the sexual harassment scandals that have plagued other tech startups like Uber.

Airbnb is readying itself for an IPO and is likely trying to avoid the sexual harassment scandals that have plagued other tech startups like Uber UBER, -1.58% and, in 2017, change of leadership in the runup to its lackluster IPO last month. (Airbnb did not provide a comment on its policy.)

“Repeatedly asking someone on a date can lead to a feeling that the work environment is hostile,” Bao-Viet Nguyen, a Netflix spokesman, told MarketWatch. He said there’s no written rule against asking a co-worker out twice. Rather, employees are given that suggestion as “guidance” in company trainings. Likewise, a Google spokeswoman said the policy is not written, but may be discussed at employee training sessions. Facebook did not respond to a request for comment.

Company rules on dating like these save employees’ blushes and the company money, says Paula Brantner, who runs PB Work Solutions, a law firm focused on preventing sexual harassment. “When there’s someone who cannot take no for an answer, that can turn into harassment at work,” she said.

There’s another reason why companies want to stamp out rampant dating among employees: Sexual-harassment suits are expensive. Settlements, lost productivity, and turnover from these cases cost about $6 million annually per Fortune 500 company, a 2005 study found.

Andrew Challenger, vice president at Challenger, Gray & Christmas Inc., an outplacement and executive coaching service that has studied sexual harassment at work, said companies like Airbnb are outliers. Most firms “tend to be laissez-faire” on the issue of workplace romance, meaning they don’t have specific policies that prevent it or restrict it.

But the #MeToo movement has led many companies to take a second look at their rules.

A study released Wednesday by Challenger, Gray & Christmas found that 51% of U.S. companies have reviewed their sexual harassment policies following the movement.

A study released Wednesday by Challenger, Gray & Christmas found that 51% of U.S. companies have reviewed their sexual harassment policies following the movement, and 72% of those companies have gone on to update their policies. The study surveyed 150 human resources executives at U.S. companies across multiple industries.

During the height of the #MeToo movement, a number of companies discussed blanket bans on workplace dating. But that proved to be a step too far, Challenger said.

“You spend more time with these people than your family,” Challenger said. “It’s okay to fall in love in the workplace.”

Brantner thinks bans are impractical and can actually exacerbate the problems that dating at work can present. “If there’s a ban, people don’t follow the rule,” she said. “They just hide it, and then it becomes a problem.”

She says the best advice she can give on workplace dating is to “take things very slowly” and “if things do become more serious, tell the company and others at work.”

Not all companies are cracking down on office dating

Tinder, the tech startup and dating app, introduced a dating policy for its employees this year that doesn’t prohibit relationships between employees and their direct higher-ups.

“We’re a company focused on helping people make connections,” a Tinder spokeswoman told MarketWatch in a phone interview. “We don’t prohibit workplace dating, but there are restrictions when the relationship is between a manager and subordinate. We ask you to inform us if you are engaging in a romantic relationship with a manager or subordinate to avoid any potential conflicts of interest and ensure that all employees feel comfortable in the workplace.”

‘We ask you to inform us if you are engaging in a romantic relationship with a manager or subordinate to avoid any potential conflicts of interest and ensure that all employees feel comfortable in the workplace.’

Challenger has observed more widespread restrictions on relationships between employees and their managers since #MeToo.

“A lot of companies now don’t allow relationships between employees and their bosses,” Challenger told MarketWatch. “There’s a power dynamic there that can lead to problems,” he said.

The company generally allows relationships between employees who are peers, “provided that the relationship is consensual and that the workplace behavior of both parties does not have a negative impact on the working environment.”

Dating can lead to problems at work and at home

But workplace dating can lead to workplace breakups, and who wants to see their ex at the water cooler every day?

“One of the most difficult situations is when a couple breaks up and you’re trying to keep that from interfering with work,” Brantner said

Stefani Goerlich, a relationship counselor and therapist, says romantic relationships at work don’t just bring problems into the workplace. They often cause issues at home as well.

“It can cause stress on a relationship when there is no space between work life and home,” Goerlich said. “When partners are together 24/7, it can lead to a blurring of the lines between career and relationship, and career disputes bleed into home life.”

Goerlich says she’s a “big believer that relationships are healthiest when both partners have ‘their’ space.”

For these reasons, she suggests employees avoid dating each other, but like Brantner and Challenger, she doesn’t think dating at work should be explicitly banned.

“Work is one of the most common places to meet a future spouse or partner. So I believe that there needs to be some flexibility built into both the relationship and company policy,” Goerlich said. More than one-fifth — 22% — of U.S. marriages began at work.

There are other options, and lots of them, Challenger said.

“With dating apps, the pool has expanded a lot. So if you don’t want to deal with the complications of dating someone in the workplace, then you don’t have to.”

Investors haven’t been this negative since the GFC