Mr Summerhayes said APRA was engaging with business leaders “on a regular basis” about their approaches to climate risks, how those risks were being governed and strategies to mitigate them. 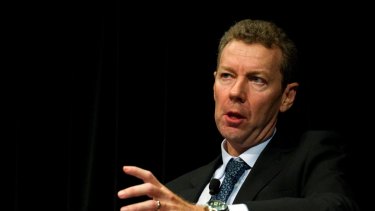 ASIC’s John Price told the conference that the regulator had begun “actively encouraging” boards and directors to go beyond their obligations for statutory disclosures and provide voluntary disclosures to the market.

For companies with material climate risks, the “best place to start” was to consider reporting under the the G20’s Task Force on Climate-related Financial Disclosures (TCFD).

“Investors need to be able to price climate risk into their investment decisions and that can’t be done without effective disclosure by companies,” he said.

Companies across Australia the world have been facing heightened scrutiny in recent years over their performance on so-called ESG (environmental, social, governance) issues including climate change amid pressure from activist and large institutional shareholders alike.

On Thursday, mining giant Rio Tinto and insurer QBE will both face shareholder resolutions at their annual meetings pushing for stronger action on climate change.

Qantas’ group executive of government, industry, international and sustainability Andrew Parker told a separate conference in Melbourne that the airline had to “do more” if it wanted to survive another 100 years.

Mr Parker said the airline had begun “on-time performance modelling” in relation to the affect climate change was having on weather and therefore service punctuality. Climate related weather changes were already hampering Sydney to Melbourne routes, he said.

We are starting to see an absolute impact of on time performance because of weather.

“That modelling, which the board is very interested in, is all about weather and climate risk and how we are starting to see an absolute impact of on time performance because of weather,” Mr Parker said.

“There is a real change occurring there.”

“Much of the impact of the changes [needed to hit the Paris climate agreement targets] will occur over the longer term and will affect long-duration infrastructure assets more severely than many presently expect,” Atlas Infrastructure chairman Charles Kirwan-Taylor said.

Atlas forecast that a fast transition to limit global warming by 2 degrees Celsius could slash APA’s value by 24 per cent, down to about $US6.8 billion. The fund said even a slower emissions-reduction transition could still wipe out about 15 per cent of APA’s market value in the coming years.

Rosemary Kelly, a board director at First State Super, told the ACSI conference that the super fund in recent years had adopted a more proactive approach to assessing and tackling risks linked to climate change vulnerabilities in its portfolio after conducting a sweeping review.

“We are now looking at how material those vulnerabilities are and what we can do to mitigate the risks we have identified,” she said.

The fund was also increasing engagement with companies in which it invests and was collaborating with other large asset owners on such risks, Ms Kelly said.

Origin Energy chief executive Frank Calabria said there were risks and opportunities around climate change and the company had been engaging with investors and superannuation funds to prepare for an energy transition away from coal to more renewables.

Business reporter for The Age and Sydney Morning Herald.

Anthony is a reporter at The Age.

CBA was ‘decisive’ dealing with misconduct: Ralph Norris hits back at criticism