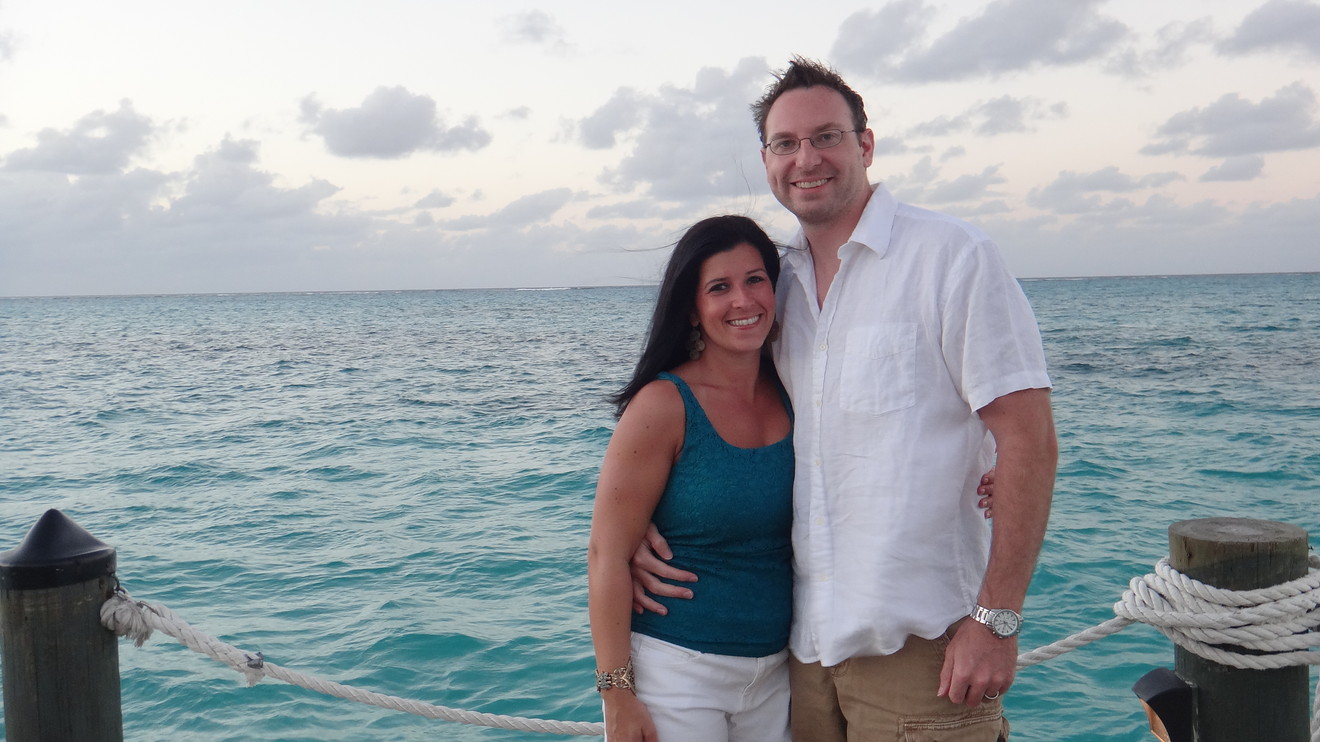 Sixteen years ago, Jon Dulin was staring down $10,000 in credit-card debt. Today, he’s a personal-finance blogger eyeing semi-retirement by age 55.

Dulin got his first credit card in 1997 during his freshman year of college at Mercyhurst College (today Mercyhurst University) in Erie, Pa. Dulin wielded his plastic judiciously, using it only on small monthly purchases like Green Day, Blink-182 or Neil Young CDs. He paid off its balance in full each month.

Dulin started dating a girlfriend named Heather in his sophomore year, dropping money on dinners, gifts and outings. But as their relationship forged ahead, so did Dulin’s spending. By the end of that school year, he had close to $1,500 in credit-card debt.

“I had low self-esteem,” Dulin, now 40 and living in Lansdale, Pa., told MarketWatch. “I thought that by buying her things, it showed her that I was worthy of her love.”

‘I had low self-esteem. I thought that by buying her things, it showed her that I was worthy of her love.’

Dulin got a summer job after sophomore year cutting fabric for office chairs at a textile factory near his parents’ home in Pennsburg, Pa., but putting that money toward his credit-card debt meant that he wasn’t saving for the upcoming school year. He started his junior year with less money than he’d anticipated, and wound up putting $500 to $1,000 in book expenses on his credit card — all while continuing to spend money on Heather.

Following Dulin’s junior year, he tried to split his summer-job earnings from the textile factory more evenly to pay off some credit-card debt while still allocating money for the upcoming school year. He and Heather broke up in senior year, leaving Dulin to work on paying off his remaining balance. He graduated in May of 2001 about $4,500 in the hole, he said.

Dulin, a finance major, moved back to his parents’ place and entered the job market during a recession that would be exacerbated by the 9/11 attacks. He started his job hunt full of promise, with visions of landing a six-figure C-suite job and getting hitched, but struggled to find work.

With lots of free time on his hands, he started spending time at the Montgomery Mall in nearby North Wales, Pa., walking around and browsing stores. He was soon buying things, despite not having the money to pay for them.

At the time, Dulin said, he didn’t realize he was experiencing depression. “Looking back on it, buying the things made me feel like I was living the life that I thought was going to happen once I graduated and got a job,” Dulin said. “As I bought things, I started feeling good about myself.”

‘Looking back on it, buying the things made me feel like I was living the life that I thought was going to happen once I graduated and got a job.’

Some 93% of respondents to a 2016 survey of 5,500 people by the Money and Mental Health Policy Institute, a U.K. charity, said they’d spent more money during a period of poor mental health. (Though the report’s authors cautioned that the sample was not representative of a general population, they noted that the numbers raised “a substantial area of concern that merits policy makers’ attention.”)

Meanwhile, money remains a top stressor among U.S. adults, according to the American Psychological Association’s 2018 “Stress in America” study.

Dulin racked up a hefty tab on clothes and electronics. But the “high” he got from buying stuff began to wear off faster and faster, he said, prompting him to buy even more. He says his dumbest move was purchasing two different subwoofers for his car stereo system months apart, running up a tab of more than $1,000 including installation. “They sounded the same; they did the exact same thing,” he said.

Dulin continued to spiral. He maxed out his first Citi C, -0.27%   card and found a credit-card offer from Discover DFS, +0.58%   that would allow him to make a 0% balance transfer; within a few months, he had balances on both cards. Dulin later found another offer for a 0% balance transfer, this time from Chase Bank JPM, +0.28%, but wound up spending on his Citi card all over again.

Meanwhile, Dulin felt like a fraud: He was a newly minted finance major who should know better than to sink into credit-card debt, he recalled thinking, and was also the go-to source of financial advice for his friends and family. “Here I am helping people out with their money,” he said, “and behind the scenes, I can’t even handle my own money.”

Dulin, at this point $10,000 in debt, had what he describes as a light-bulb moment at the Gap GPS, +3.99%  during the summer of 2003 while trying on a navy blue Carhartt-style jacket. “I’m like, ‘Why do I need a jacket? I already have a couple of jackets. There are some that I haven’t even worn,’” he recalled.

After talking to his parents and some friends, Dulin decided to seek professional help from a private-practice therapist in Souderton, Pa., attending weekly one-hour sessions that cost $50 each. The therapist talked him through his self-esteem problems and depression over the course of more than two years, helping him realize he was using his purchases as an outlet for his feelings. She gave him books to read, including “The Magic of Thinking Big” by David Schwartz and “The Six Pillars of Self Esteem” by Nathaniel Branden.

Another trick that helped: Dulin piled on his bed several purchases, mostly clothes, and took a photo. “I kept that picture with me when I would go out, just to remind myself of all the things that I bought that, really, I wasn’t wearing — and how I just wasted money buying things because it made me feel better,” he said.

Dulin was able to find a part-time job working customer service at Circuit City for 20 to 25 hours a week, making a $7.25 hourly wage that rose to $7.50. He later found a temporary job working at Vanguard during tax season, making $15 an hour. He went on to work full-time at the financial-services company SEI Investments, and kept the Circuit City gig until he paid off his credit-card debt.

When he first embarked on paying off his debt, Dulin set too aggressive a budget that only allocated about $25 a month in ‘fun money’ — an amount that wasn’t enough to do much of anything, he said, and led him to resent his debt.

Dulin also mostly stopped going to the mall, realizing the setting spelled trouble for him. He sought out alternatives like heading to the park in nice weather, or to a bar or bowling alley with friends. Eventually, he opened up to his friends about his spending habits.

It took Dulin a little more than a year to pay off the $10,000. When he first embarked on his mission, he set too aggressive a budget that only allocated about $25 a month in “fun money” — an amount that wasn’t enough to do much of anything, he said, and led him to resent his debt and start spending a bit on his credit card here and there. The journey felt easier after he upped his monthly fun-money allowance to $100, he said.

“I had to look long-term instead of the short term, and realize that by paying a little bit less every month on my debt, I would ultimately reach my goal — as opposed to just putting all my money towards my debt and becoming miserable and increasing the likelihood of not reaching my goal,” he said.

Life after credit-card debt held its own share of trials, including purchasing a house he could barely afford in 2007, just as the housing market was crumbling. But salary increases eventually allowed Dulin to find greater financial stability. He went on to marry his wife, Jennifer Dulin, and have two daughters.

Today, Dulin runs the websites MoneySmartGuides, CompoundingPennies and UnfinishedSuccess, pulling in $50,000 a year on average through advertising and affiliates. Jennifer, an account executive at a management-consulting company, makes about $135,000 a year. The two try to save 40% of their income every year. They hope to pay off their house and retire — a stage Dulin describes as continuing to work on passion projects “on our own terms” — by age 55.

Dulin advises that people struggling with debt or excessive spending tackle the cause, not the symptom. For him, it was depression.