“Companies must obey the law. But, beyond that, their job is to make money for shareholders,” Friedman wrote.

Yet on Monday, 181 of the 193 member companies of the Business Roundtable signed a new statement of its principles of corporate governance.

In the statement, they said it had become clear that the language of the post-1997 versions of the document, which stated that corporations exist principally to serve their shareholders, no longer accurately described the ways in which CEOs strove to create value for all stakeholders.

They stressed that the long-term interests of all stakeholders, which included customers, employees, suppliers, communities as well as shareholders, were inseparable, pointing to issues such as diversity, social inclusion and the environment.

It may surprise some locals who have been critical of sensitive “New Age” CEOs that among the signatories was also Fox Corporation executive chairman and CEO Lachlan Murdoch.

There is a level of self-interest in CEOs of some of the world’s largest companies trying to redefine what had been a very narrow view of their purpose and responsibilities and make it more inclusive. 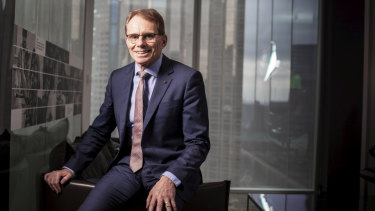 Market capitalism is under attack everywhere, from a wave of populism, nationalism and protectionism that is, in part, a reaction to the growing inequality that has accelerated through the post-financial-crisis era.

There’s been a growing distrust of big business, perhaps exacerbated by the distance between global corporations and the communities they notionally serve, but also because the primacy of short-term profits over the interests of other stakeholders has produced sometimes unpalatable outcomes.

We’ve seen and heard some of those outcomes in the financial services royal commission hearings and, as a consequence, have experienced significant changes to laws and regulations that have imposed a broader view of responsibilities on company boards and executives.

When Andrew Mackenzie talks about BHP’s commitment to reducing its carbon emissions and sets aside $US400 million ($590 million) to help its customers reduce theirs, it is a recognition of one big fact:

BHP, if it wants to retain its licences to operate, has to think beyond the short-term interests of current shareholders  and consider the longer-term interests of its businesses and the communities in which it operates, and which grant those licences.

While there might be an element of altruism in its commitment to decarbonisation, or improving the lot of indigenous communities and supporting the Uluru statement, or committing to gender equality, they are also extremely pragmatic positions to hold if BHP wants to protect those licences in the face of rapidly-evolving community expectations.

The CEOs who signed the Business Roundtable statement are essentially signing up to inclusive capitalism, recognising that the best way long-term interests of their businesses – and market capitalism – are served is by defining their companies’ purposes and their range of key stakeholders more broadly than in the past.

Without licences to operate, whether legal or social, businesses can’t succeed. And as our banks have discovered, a narrow view of their purpose and the elevation of the short-term interests of shareholders (and senior executives) can be horrendously damaging and costly.

Most CEOs, whether through conviction or pragmatism, understand that it is in the interests of their companies to treat stakeholders other than shareholders decently and fairly, and to take the broadest view of who those stakeholders might be.

If they aren’t sensitive to the shifts in community expectations and respond to them, the free market systems in which they operate — which have generally served western economies and societies well, and which have reduced global poverty and inequality, if not inequality in the developed world — will become less free.

The U.S. women’s team won the World Cup, and they’re about to get paid...