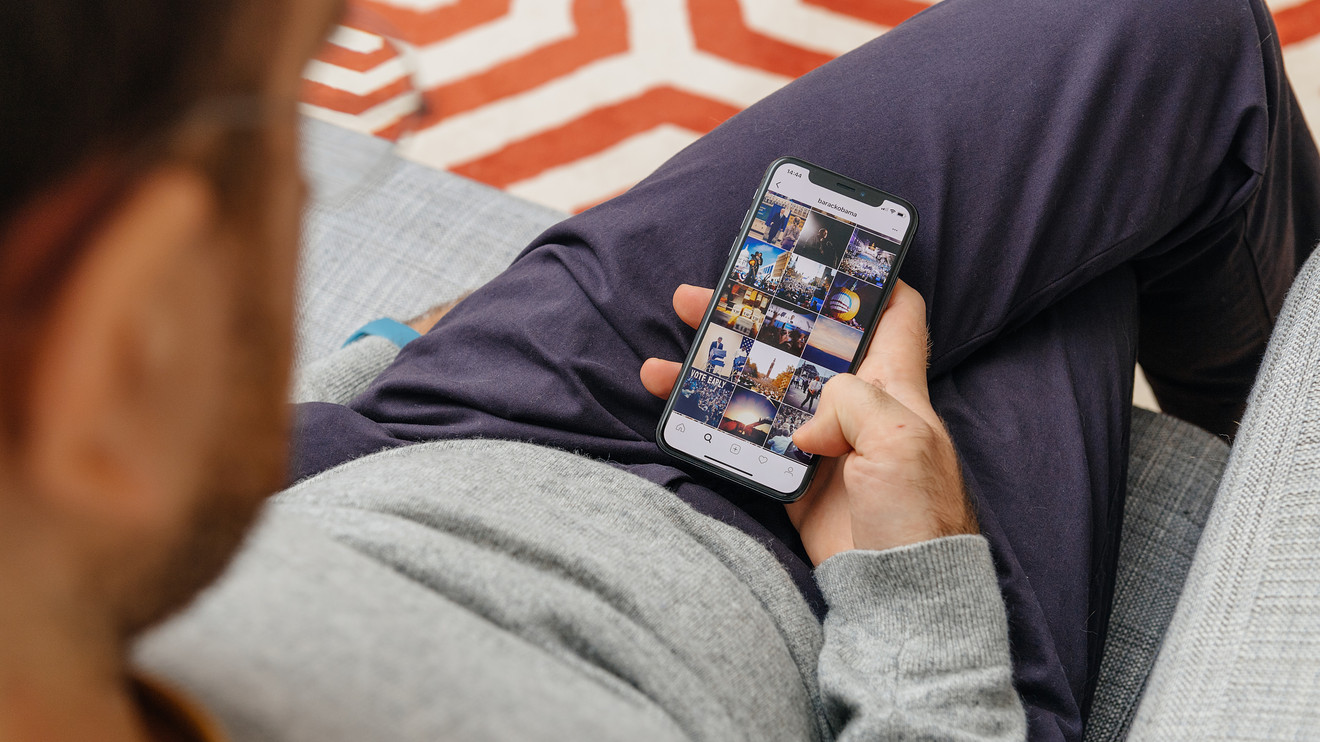 To flip a house, you buy cheap, add some value, and resell fast.

Users are purchasing Instagram pages, growing their followings, and then reselling them at a higher price for profit. Buying and selling accounts violates Instagram’s terms of use. But some of these users, like 23-year-old Ramy Halloun, have made flipping Instagram FB, +1.66%  pages their full-time career.

Users who are found to have bought or sold accounts risk getting banned from the platform.

Halloun runs the website TooFame. It’s a registered business that sells accounts. He’s sold more than 1,200 pages and said he makes over $30,000 annually from the business. Thus far, he’s made a total of $120,000.

“I started selling accounts five years ago,” he said. “I created a fashion Instagram page because I like fashion. People followed it, and then I sold it for $30.”

Soon after he sold his fashion page, he found several Reddit forums where other users were trying to sell their accounts. He realized he could make some money. “I started making more accounts and reselling other accounts until I made a formal business,” Halloun told MarketWatch.

Only ‘theme’ accounts can be bought and sold

Personal Instagram pages (whether it’s your own or Kendall Jenner’s) post photos of the owner or photos taken by the owner. This type of content cannot be replicated by a new owner, so these accounts typically cannot be traded.

Theme pages, on the other hand, repost other users’ content. “With a theme page, it doesn’t really matter who the owner is since people are following the page for content relating to the theme of the account,” said Vlad Biaheza, an 18-year-old YouTuber and social-media marketer who has flipped a number of theme accounts.

For instance, a page filled with pictures and videos of popular tourism spots — with a travel-related handle — is easily tradeable because anyone could upload the content on the page. Similar pages exist in fashion, beauty, fitness, and more. For trading and flipping, these accounts are where the money is.

Instagram accounts with large followings are ultimately valuable because of their ability to sell ads and shoutouts. Companies pay Instagrammers to promote their products and, in some cases, other users pay for their personal pages to be promoted. Sponsored posts are the primary source of income for a lot of Instagram influencers, and those running theme pages can make thousands a month as well by selling products and shoutouts.

But accounts with the same follower count are not necessarily worth the same. The value comes largely from the engagement posts receive, Werner Geyser, the founder of Influencer Marketing Hub, said. High engagement means a high percentage of an account’s followers like and comment on its photos. That gives an account value.

“It also matters how active the followers are on Instagram, how often they’re interacting with the account, and also where they’re based or what they’re interested in. That’s going to determine how many followers buy products advertised on the page,” Geyser said.

A cautionary note: Accounts with an unusually high following may also have thousands of “fake followers.” Users can purchase Instagram followers and likes online. In 2018 alone, this industry generated $15 million in revenue, according to Geyser. But Instagram is taking steps to remove these “fake followers” (essentially robots) from its platform.

Halloun says all of the accounts listed for sale on TooFame have real followings. He told MarketWatch he uses the service Hype Auditor to verify the authenticity of the accounts he follows. “I even go to all of the profiles personally and look through the comments to make sure they are from real people,” Halloun said.

So how much are accounts with real followings and high engagement worth? While the most Halloun has made from selling an individual account is $2,400, others are bringing in much more.

Biaheza has sold most of the accounts that he’s bought. But he’s held onto one that he got for $300. “I bought it when it had 40,000 followers. The page ended up growing to 863,000 followers within a year and is now worth around $10,000,” he said. “Although I received offers for it, I am choosing not to sell it since I am making a lot more on it through selling products on it.”

Some accounts listed for sale on FameSwap are going for as much $17,000. These accounts have nearly 1 million followers and tout high engagement. FameSwap hides their full usernames to protect the accounts and their owners. Users who are found to have bought or sold accounts risk getting banned from the platform. Geyser says he hasn’t seen this policy enforced often and suggests one reason may be that popular pages that are traded often help Instagram bring in additional ad revenue.

However, Instagram has said it’s removed accounts that have been bought and sold.

How can you do it?

“My strategy was to find niche accounts around with around 20,000 to 50,000 followers on Instagram and just simply DM them asking if they were interested in selling,” Biaheza said. “The biggest indicator that an account is worth buying is whether the followers of the account are active or not. You can tell if they are based on how many likes and comments a page is getting compared to its followers.”

Once he had an account, Biaheza would change the username to “something memorable and catchy,” update the bio, and begin posting what he calls “viral content” (photos and videos that will catch attention) related to the account’s theme. “Posting this type of content leads to your page receiving a lot of exposure, which translates into followers,” he told MarketWatch. After building a following, he resold most of the accounts at a higher price.

Bans, scams, and other risks

Buying and selling accounts may seem like a good idea, especially if some dealers are bringing in tens of thousands of dollars from it annually. But it comes with risks.

For one, the practice violates Instagram’s terms of use.

‘The account can essentially be kicked off at any time for violating Instagram’s terms of service. That seems like a terrible investment and a big gamble to take that makes no logical business sense.’

“Why would you want to build something on top of a pre-purchased Instagram account?” Social media expert Kris Ruby asks. “The account can essentially be kicked off at any time for violating Instagram’s terms of service. That seems like a terrible investment and a big gamble to take that makes no logical business sense.”

Beyond risking a ban from the platform, users who buy and sell accounts also risk getting scammed. “There may be no true engagement on the account you buy, and then you’ve wasted your money,” Geyser said.

Or you may pay a seller for an account and never receive the log-in information. Most Instagram account sales occur through PayPal PYPL, +3.23%. To avoid getting scammed, Biaheza recommends using the “Goods and Services” function on PayPal that allows buyers to dispute a payment.

But regardless of what you do to prevent fraud, it’s always going to be a risky game. “We try to stay away from it,” Geyser said. “I do not recommend buying and selling accounts.”