In the end the HEM was not really on trial. Rather it was the notion of whether the expense history of a loan applicant is a useful predictor of their ability to manage loan payments in the future.

A senior bank executive, whose organisation has a large mortgage lending book, remarked to me only last week that he had never seen a loan become impaired because of a customer’s rising expenses.

He said in almost every case there were three reasons borrowers were unable to meet interest repayments – job loss, ill health or divorce.

He also observed that even if expenses were forensically assessed and the loan approved, there was nothing stopping the applicant from going out the next day and buying an expensive car or booking an overseas trip.

In many ways this goes to the point made in Perram’s judgment.

He makes the point that applying a loan applicant’s expenses history to his or her ability to afford loan repayments in future assumes that borrowers can’t alter their spending patterns and embark on a more frugal lifestyle. 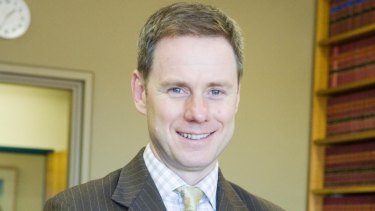 He illustrates the point in his judgment… “knowing how much the consumer actually spends on food does not tell one anything about that conceptual minimum”.

“I may eat Wagyu beef everyday washed down with the finest shiraz but, if I really want my new home, I can make do with more modest fare. Knowing the amount I actually expend on food tells one nothing about what that conceptual minimum is.”

Perram accepts that a lender has an obligation to understand the consumer’s financial position but he questions how this would best be achieved.

The act requires a credit provider to ask itself only whether “the consumer will be unable to comply with the consumer’s financial obligations under the contract” or, alternatively, whether the consumer “could only comply with substantial hardship”.

“In fact, the act is silent on how a credit provider is to answer [these] questions.”

This places the ball back into the court of the lender to ascertain how to best measure a borrower’s expenses.

From the banks’ perspective getting some clarity on responsible lending should enable them to breathe easier and be less fearful that their methods of assessing expenses will land them in legal hot water.

It should improve their flexibility to lend within the law. But whether this leads to any loosening of the credit strings remains to be seen.

The major banks had already responded to the banking royal commission’s criticisms of their lending practices by increasing the level of detail required around customer expenses – a process which had significantly slowed down the loan approval process.

While making critical points around responsible lending, Commissioner Kenneth Hayne, stopped short of making any recommendations around the use of the HEM, preferring to stay away from that territory and leave it to be fought in the courts – specifically via the Westpac case.

While a major victory for Westpac, there is plenty of ground left to cover in the responsible lending debate – the least of which is the class action, currently working its way through the system, which alleges Westpac failed to comply with responsible lending laws.

ASIC’s inquiry into responsible lending, and the potential to appeal Tuesday’s decision, mean that for now at least, it remains a live issue.