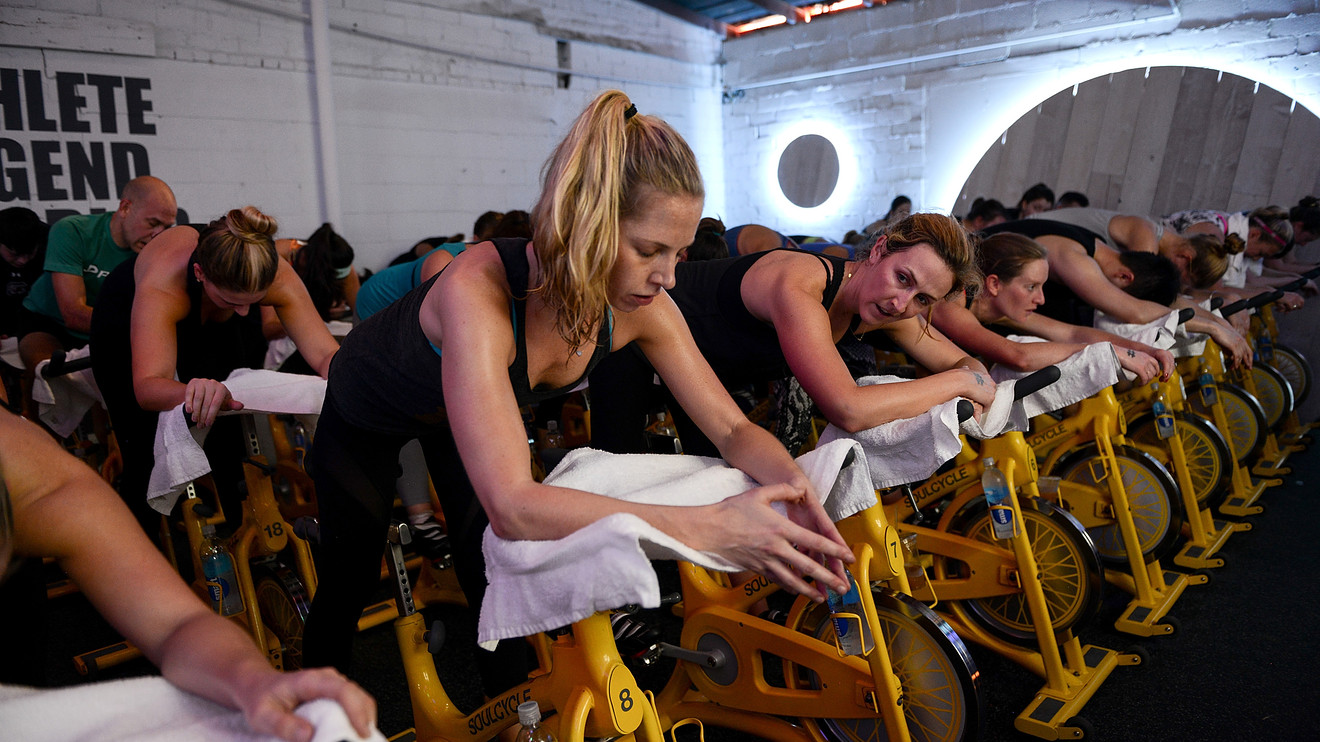 Commit to something else.

Gyms are sprinting at the opportunity to sign up new members after news broke that Equinox owner, billionaire Stephen Ross, is planning a fundraiser for President Donald Trump on Friday in Southampton, N.Y.

The fundraiser, first reported by The Washington Post, has prompted many to boycott Equinox and other associated gyms including SoulCycle and Blink Fitness for political reasons. Critics slammed the gym for being hypocritical for billing itself as LGBTQ friendly and supporting a president who has opposed the Equality Act, and whose policies have targeted people of color and women.

Equinox, SoulCycle and Blink Fitness did not return a request for comment.

Ben Unger, a New York City personal trainer and founder of BUF fitness studio in Midtown Manhattan, is offering new clients $200 to put towards their Equinox cancellation fees. Those interested can either get cash or use the money towards one of their classes. (Training sessions range between $45 to $95 each.)

Unger says five former Equinox members have already made the switch since announcing the promotion yesterday. “People are sticking up for their values, and I felt it was the right thing to do for them, and for us,” Unger told MarketWatch.

Don’t miss: Now is one of the cheapest times to join a gym

There’s clearly a market for fitness fiends on the hunt for a new gym following the controversy. Craig Fields Williams, 38, video editor from Los Angeles, was heated beyond his workout yesterday at Equinox in West Hollywood Wednesday when he saw news break that its owner was supporting a Trump fundraiser while he was working out.

“I had enough,” Fields, an Equinox member since 2008, said. “Equinox was already bugging me lately, and this was the very easy push to get me to quit,” he fumed, adding that his last day at Equinox would be Aug. 31.

Fields said Equinox didn’t try to offer him a discount or any incentive to stay, but even if they did, he wouldn’t have taken it. He joined Crunch nearby for $190 cheaper instead, a steal compared to the average Equinox membership which can cost up to $300 a month between initiation and monthly fees. “I couldn’t be happier,” he said.

New York Sports Club lunged at the chance to respond to Equinox on social media, riffing on the luxury gym’s slogan “Commit to something” with a snarky “Commit to something better” post on its Instagram page FB, +2.71%  on Wednesday. The company also posted about offering free workouts at studios on Friday, Aug. 9 in a post that read: “We’re not doing anything in Southampton. Come work out with us,” it said, adding, “No donations needed.”

A staff member at the NYSC on West 94th Street and Broadway in New York City put up flyers on Thursday morning promoting its new “Switch and Save,” promotion, a source told MarketWatch. Anyone coming from a competitor can workout at the gym free for a day between Thursday and Aug. 15. The promotion, for non-members only, must present a key tag from the “other gym” to qualify.

Others, like celebrity fitness instructor Tracy Anderson, of her namesake studio Tracy Anderson, will donate 20% of class revenue to organizations such as The Human Rights Campaign, Everytown for Gun Safety and The Martin Luther King Foundation from Friday through Sunday, Anderson announced on her Instagram Thursday.

SoulCycle’s CEO Melanie Whelan wrote a post on Instagram saying the company, “in no way endorses the political fundraising event being held later this week.”

Crunch gym is launching a Summer Break-Up promotion this Friday, offering to waive its $150 enrollment fee to those who bring in a key tag from an old gym they quit. The average price of a Crunch membership varies by market and membership type. A Crunch Signature membership –– the club’s most elite which includes locker rooms, towel service, saunas and steam rooms –– costs between $60 to $135; and a standard Crunch membership is between $9.95 and $29.95 a month.

Still, many were quick to bash the brand for its investors actions. “He’s the chairman and his company owns Equinox that owns SoulCycle. How is he only a passive investor?” one user commented on Twitter TWTR, +0.81%.

Equinox also put out a post on social media that it has “nothing to do with the event” and that it does not “support it.” “No company profits are used to fund politicians … we believe in tolerance and equality, and will always stay true to those values,” the company said in a statement posted on Instagram.