Engineering consultancy GHD has had its long-standing ties to a prominent engineering advocacy group severed because of its work on Adani’s Carmichael coal mine in central Queensland.

Engineers Without Borders Australia, which has counted GHD as a sponsor for its community work at home and abroad, said it had decided to “respectfully cease” its partnership with the firm. 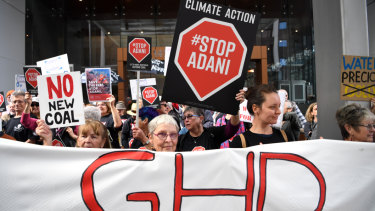 GHD, an engineering consultancy, has come under pressure from environmental groups over its work for the Adani coal mine in Queensland.Credit:AAP

“EWB is committed to using our role in the engineering sector to support the global transition to renewable energy as quickly as possible and reduce the market demand for fossil-fuel driven energy,” the group told the Herald and The Age in a statement.

“Although GHD share this objective, EWB’s view is that GHD’s involvement in the Adani Mining Carmichael coalmine project is at odds with this position,” it said.

People of color are reclaiming their place in a cannabis industry ‘built on the...