When Maegan Bagley’s two-year-old son gets to see Mickey Mouse and Cinderella’s Castle next month, she won’t have to think twice about her bank account.

Even as vacations to Walt Disney World DIS, -2.41%  have gotten more expensive in recent years, Bagley, 31, has now managed to pay for one trip to the theme park without needing to trim her family’s budget.

She is just about to embark on a second.

Her upcoming trip in August would have cost her family around $2,200 altogether — that includes the price of lodging, travel, food and, yes, souvenirs.

Maegan Bagley is about to take her second trip to the theme park without needing to trim her family’s budget.

The Bagleys are renting a vacation home in Lake Buena Vista, Fla., with two other families and will be spending four days at theme parks, including two days at Magic Kingdom, one day at Epcot and another day at SeaWorld SEAS, -3.11%. The Bagleys and their friends also plan to spend one day visiting Disney Springs, the outdoor shopping area located within Walt Disney World.

That’s not all. This year Bagley’s family also went on a week-long trip to an all-inclusive resort in Playa Mujeres roughly 30 minutes outside of Cancun, again without dipping into the honey pot.

“We live the life we want to live and don’t have to cut back on anything,” she said.

Read more: Is the free dining offer at Walt Disney World really worth it?

Once Bagley earns the equivalent of $25 in Swagbucks, a rewards and loyalty program founded in 2008, she cashes out for a PayPal PYPL, -3.26%  gift card that she then either uses to buy a Disney gift card or transfers into her bank account.

She earns most of her money on the site by taking surveys and earning cash back when she shops online. Each “Swagbuck” is worth just one cent.

Founded in 2008, Swagbucks is a rewards and loyalty program through which people can earn “Swagbucks” that they can then exchange for gift cards ranging anywhere from $1 to more than $100 in value.

In a statement, the site’s CEO and Chairman Chuck Davis said that the site has given out more than $730 million to its members to date, with 150,000 people receiving gift cards and cash each month.

Bagley spends anywhere from 1.5 hours to 2 hours a day earning online rewards to turn them into gift cards.

Bagley also participates in “Discover” offers. She earns significant rebates for subscribing to a service or purchasing a product. Bagley said she limits these to services or products her family would normally use, such as food delivery service Home Chef KR, -1.44%  or razor delivery program Dollar Shave Club UNLVF, -2.23%.

“If it’s going to be a money-maker I’ll do it,” Bagley said. “And if I’m going to break even on it, I’ll only do it if it’s something I’d spend money on it in my everyday life.”

The real cost of all this virtual couponing involves her time. Bagley estimates she spends anywhere from 1.5 hours to 2 hours a day earning online rewards to turn them into gift cards — usually while her son is sleeping. She recently left her full-time job, but when she was working full-time she logged on during breaks. “If I’m actively saving for a trip, I’m on there every day,” she said. 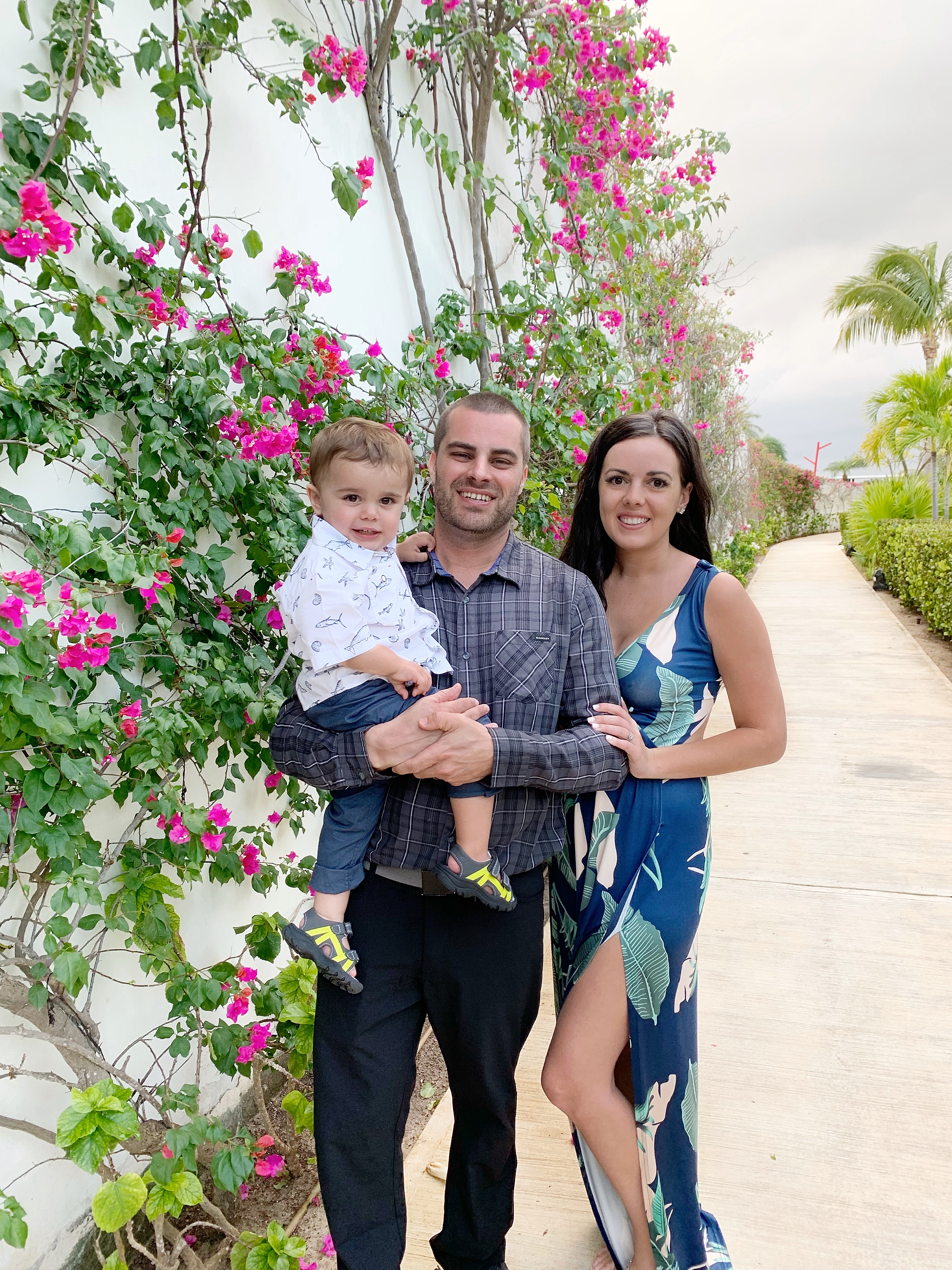 The Bagley family went on a trip to a resort in Mexico almost entirely on the money they earned through a rewards site called Swagbucks.

Earning all this money through online rewards can take some real perseverance. For instance, some of the online surveys she takes require users to answer screening questions to determine whether she is suitable. Bagley estimates that she only ends up qualifying for around 10% of the surveys she attempts to take.

And sometimes, she said, “Discover” offers don’t credit her properly due to glitches in the system. “I have a notebook of every offer I do, how much I paid, when it’s supposed to come through and how much it will credit,” she said.

‘I have a notebook of every offer I do, how much I paid, when it’s supposed to come through and how much it will credit.’

Other bloggers have written abouttheir approaches to using the rewards program to visit Walt Disney World and have flocked to message boards to exchange tips and tricks.

Bagley herself participates in two Facebook groups FB, -3.86%   — one called Save for Disney and another called Swagging Your Way to Disney — to learn how to maximize her savings.

Bagley also participates in two other rewards programs: RetailMeNot and Dash, and she also sells clothes on Poshmark.

When she goes shopping, Bagley typically uses a credit card that earns her airline miles for JetBlue JBLU, -0.74% — the miles she earns are used to pay for the flights her family takes to go on vacation. Sometimes, she pairs this credit card with online rewards to get double the savings.

Despite all the effort, Bagley said it’s quickly just become a habit for her. “I feel like it gives us so much more opportunity to explore the world,” she said.