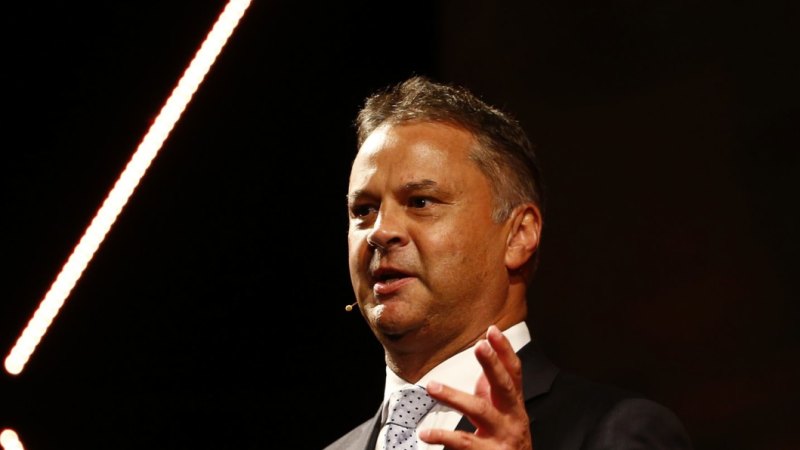 UniSuper is ASX’s largest shareholder, with its 23.2 million shares now worth $2 billion.

If the bond market proves to be right, the equity of any company that is going to be around for the next 20 years is probably looking cheap

Mr Pearce said the fund’s strategy to purchase shares in such high-quality listed companies had enabled it to outperform over a sustained period of time.

“The market tends to label these assets as ‘bond proxies’ but we believe this is too limiting a label, as there is also inherent growth potential and pricing power that bonds don’t have.

“We’ve be fortunate to build large stakes in these companies at attractive prices, when the market wasn’t fully pricing the reality of an ultra-low interest rate environment,” he said.

UniSuper’s in-house investment management team of about 50 is seen by industry insiders as key to its financial strength.

Kirby Rappell, executive director of rival fund researcher SuperRatings, said UniSuper was an early adopter of the internal management model and had spent a significant amount of time and effort building its capability and enhancing the range of assets it can manage.

“It has allowed the fund to access and respond to opportunities quickly and at scale,” he said.

Mr Pearce said UniSuper did not have a target for in-house versus external managers and would always run as a hybrid model.

“There are some asset classes, particularly global specialised strategies, that we cannot expect to do as well as other managers,” he said.

Despite sharemarkets in Australia and the US hitting historic highs, Mr Pearce said UniSuper would not stray from its path of seeking out quality listed assets when it saw reasonable valuations.

“We are a large fund with an excellent growth profile, so we are looking for assets that we can hold for the long term,” he said.

“If you look at implied forward 10-year yields in 10 years time, you get to a number under 2.5 per cent.

“If the bond market proves to be right, then the equity of any company that is going to be around for the next 20 years is probably looking cheap,” he said.

Another factor distinguishing UniSuper from its contemporaries is its relatively low – about 7 per cent – allocation to unlisted assets.

“Apart from the fact that we have a conservative approach to liquidity, we have found that over the past 10 years the listed market has offered better-quality assets at lower prices than unlisted,” Mr Pearce said.

“However, that’s not necessarily the case now, as the listed market, particularly infrastructure assets, have rallied strongly.”

Stephen is Investment Editor at The Age and Sydney Morning Herald. He writes about personal finance issues and markets as well as editing Money.

The MarketWatch Q&A: Parents, here’s how to be happier with the choices you make