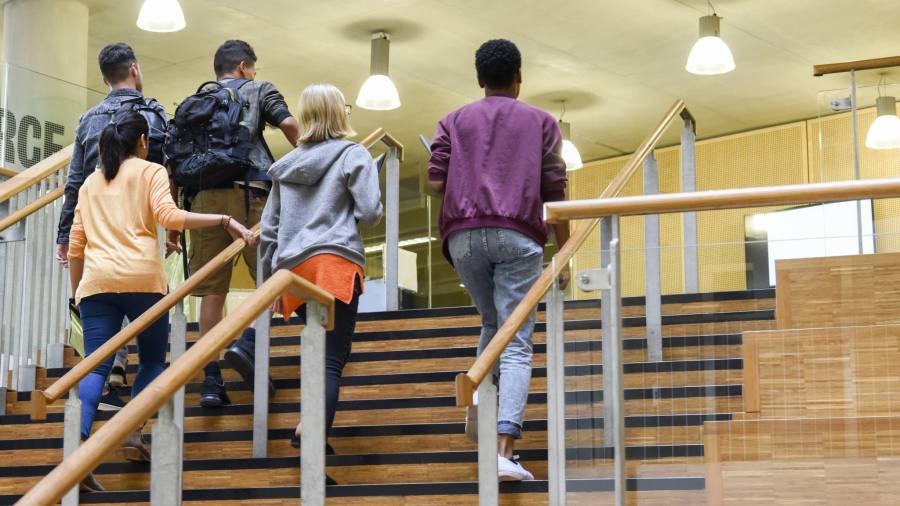 One of France’s leading business schools has sold stakes to two external investors, in the first sign of a significant shake-up in the control of the country’s elite business education system.

EMLyon Business School, Lyon’s main MBA provider, has sold an initial 14 per cent each to the state-linked Qualium Investissement and Bpifrance Investissement for a total of €40m, diluting the control of the region’s chamber of commerce.

It plans to offer further stakes to both investors as well staff and alumni in the future to raise €100m, reducing the chamber’s stake over five years to 48 per cent.

Tawhid Chtioui, the dean, said the decision would help support its relocation to a new city-centre campus, and plans to acquire an engineering and a design school to create a more interdisciplinary approach to teaching business.

“Our ambition is to be one of the top 10 European business schools,” he said, stressing that its values were very important and would be safeguarded by golden shares to ensure continued oversight by the Chamber of Commerce.

The move comes at a time when many of the country’s prestigious “écoles de commerce” are considering selling shares, among other approaches, as they seek fresh money in the face of intensifying competition and the erosion of their traditional state-backed support.

HEC, Essec and ESCP Europe in Paris, and Grenoble Ecole de Management, Toulouse Business School and Neoma Business School, are all also exploring ways to raise funds while retaining academic quality and respecting the continued desire of their regional chambers of commerce to retain oversight.

The changes reflect the cuts in funding from France’s local chambers of commerce, which have authority to levy taxes on business and have traditionally created, funded and overseen “grandes écoles” to train future managers.

The schools in turn have served an elite of French students who typically enter via a highly competitive entrance exam after studying in specialist preparatory schools.

However, applications to these “prepa” classes have stagnated, while government reforms have squeezed taxes going to the chambers of commerce, leaving business schools struggling to find other income for buildings, faculty recruitment and other investments.

French business schools will either have to find new funding sources or raise their tuition fees significantly, according to Jean-Pierre Choulet, director of development and alumni at Henley Business School, who spent 20 years in senior roles at Paris-based Essec. “Business education in France needs a new [business] model,” he said.

Frank Bournois, head of ESCP Europe, which is also exploring share sales, said: “Never in the history of French business schools has there been so much happening in so little time with so many challenges of governance, digitalisation and the internationalisation of students and faculty.”

He stressed the importance of seeking investors such as corporate philanthropic foundations who “have ethics and are not greedy”, to maintain quality.

Personal Finance Daily: 19 ways to lower your electricity, water and cable bills, and...