The view was echoed by the majority of the panel, which dismissed Treasury’s prediction of a 3.25 per cent growth in wages by 2021. Australia would be lucky to keep its current rate of growth of 2.3 per cent by June next year – the average forecast – while the lowest prediction by the University of Western Australia’s Jakob Madsen had wages coming in at a paltry 1.7 per cent.

Curtin University’s Rebecca Cassells said Australia would not see wage growth the likes of which was seen in the mining boom ever again and should not want to.

“This was a one-off and we shouldn’t look to repeat these unsustainable levels of growth,” she said. “Economies that heat up will eventually cool down, take some time to re-stabilise and a few causalities with it.”

The lower than expected result could have an impact on the federal budget and the forecast surpluses in 2019-20 and 2020-21 if iron ore prices fall from their historic highs.

The Australian Council of Trade Unions economist Margaret Mckenzie said Treasury’s forecasts were “wildly optimistic” and “the elephant in the room” was the industrial relations system that had reduced workers bargaining power.

“Treasury and others have been unable to articulate just why wages should increase as there’s no incentive for employers to raise them in the current system,” she said. “Without minimum wage increases wages would grow even more slowly.”

St George economist Besa Deda said recent interest rate cuts to a new record low of 1 per cent should help foster employment growth and lower the unemployment rate, but the structural changes caused by technology and globalisation had put a “cap” on wages. 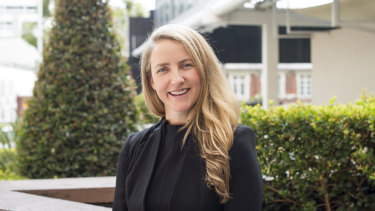 “The unemployment rate at 5.2 per cent will need to fall much further than currently before we expect wage growth to pick up in a meaningful way,” she said.

“The natural rate of unemployment in Australia is estimated by the Reserve Bank to be around 4.5 per cent. Experiences in other major economies, especially the US, suggest the unemployment rate needs to be at or under the natural rate for a more prolonged period of time to generate wage pressures.”

Stephen Koukoulas from Market Economics was the only one of the economists surveyed to explicitly back the Treasury forecasts.

“They look about right,” he said.

Eryk Bagshaw is an economics correspondent for The Sydney Morning Herald and The Age.

Shane is a senior economics correspondent for The Age and The Sydney Morning Herald.