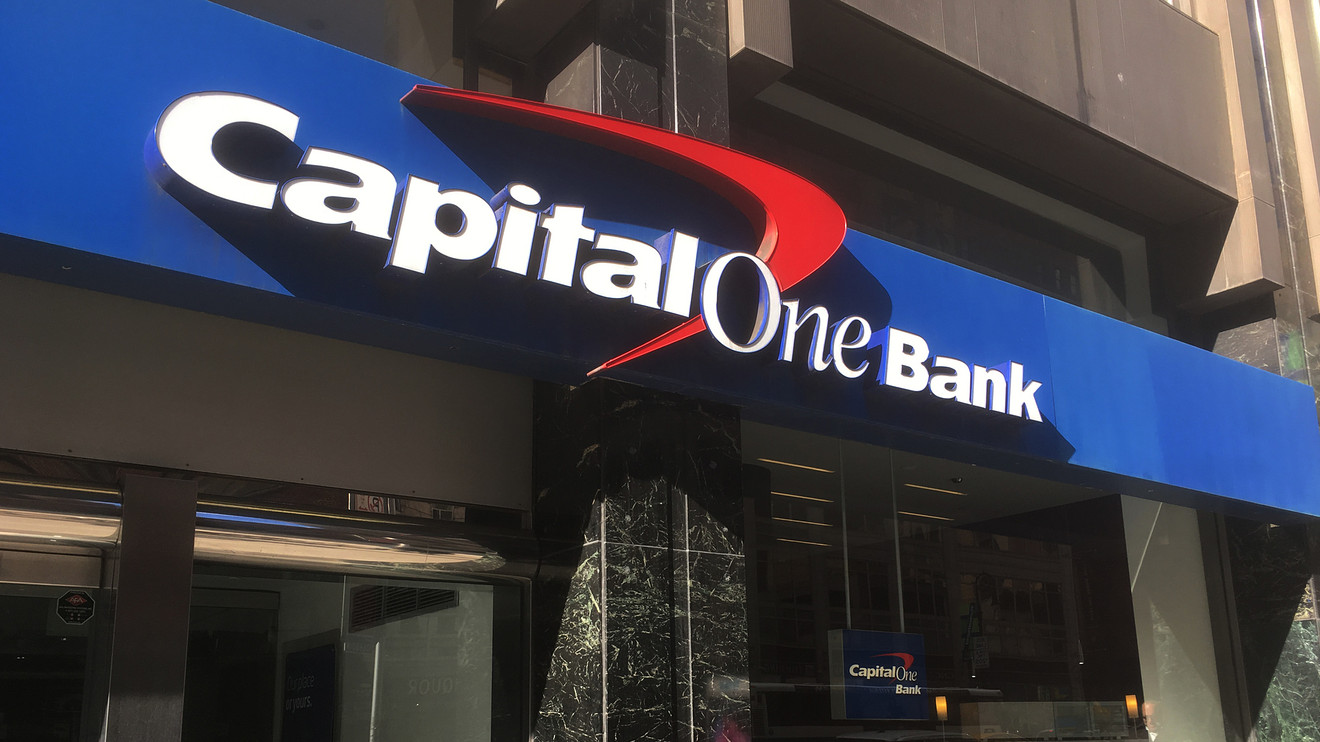 The hacker got information including credit scores and balances, plus the Social Security numbers of about 140,000 customers and 80,000 bank-account numbers from credit-card customers, the bank said. It will offer free credit-monitoring services to those affected. The hack affected about 100 million people in the U.S. and 6 million in Canada.

Capital One couldn’t say for sure whether the leaked data was used for fraud. It first heard about the hack on July 19, but waited until July 29 to inform customers. Over that time, it sought help from law enforcement.

The hacker also stole the names, addresses, phone numbers, dates of birth, credit scores and other financial data, Capital One COF, -1.18%   said. The company couldn’t say for sure whether the leaked data was used for fraud. It first heard about the hack on July 19, but waited until July 29 to inform customers; it sought help from law enforcement to catch the alleged perpetrator.

Two years after Equifax EFX, +0.27%  revealed that hackers accessed the personal information of up to 147 million people, the credit bureau recently announced a settlement for up to $700 million, including $425 million in relief for those who have been affected, although there are some key requirements people should be aware of before they file a claim.

Last year, Facebook FB, -1.91%  announced that U.K.-based Cambridge Analytica improperly accessed 87 million Facebook users’ data. Facebook Chief Executive Mark Zuckerberg testified before Congress and vowed to do more to fix the problem, and help make sure that nothing like that happens again. Cambridge Analytica closed down in the wake of the scandal. Earlier this month, the Federal Trade Commission fined Facebook $5 billion.

Don’t miss: A worrying theory after Equifax and Facebook settlements — aggregated data is NOT enough to protect your privacy

WhatsApp, the messaging and audio app owned by Facebook, announced last May that hackers were able to install spyware on Android smartphones and Apple AAPL, +0.93%  iPhones. “The attack has all the hallmarks of a private company reportedly that works with governments to deliver spyware that takes over the functions of mobile phone operating systems,” it said at the time.

More than 57 million customers of Uber UBER, -1.44%  had their data exposed by a massive hack in October 2016. Uber fired its chief security officer, Joe Sullivan, and one of his deputies for concealing the hack, which included the email addresses of 50 million Uber riders around the world. The revelation was made a year after the attack. It also affected 7 million drivers.

Be on your toes after a major hack or data breach. Consumers should never give out personal details over the telephone, even if the caller seems to represent Capital One or the email appears to be from a Capital One email address.

Be on your toes after a major hack or data breach. Consumers should never give out personal details over the telephone, even if the caller seems to represent Capital One or the email appears to be from a Capital One address. Consumers need to be careful whenever they are contacted by an unsolicited caller. Hang up and call the number on your card. “Phishing” scams — calls, emails or text messages that appear to offer protection — are actually trying to get more data from customers.

Security experts generally recommend never re-using security passwords and say people should use two-factor authentication on their phones, which requires a user to put a code sent to a phone or email into an app or website in order to log in from a new device or to change a password. They also say those affected by such hacks should freeze their credit report.

Don’t be pawned off by an offer of credit monitoring. Credit monitoring only looks for changes on a credit report, indicating that someone is using your personal information to open new accounts in your name. Here’s the bad news: Such security precautions would not help people protect against a data breach like the one Capital One announced Monday evening. Exposure of data that can’t be changed, such as Social Security numbers, are the hallmarks of particularly severe data breaches.

Here’s what else you should do now:

1. Check if your accounts have been affected

There still aren’t many formal ways to check if your data has been compromised in a breach. Often, the company will alert affected customers, but they aren’t required to. Some states, like California, have laws requiring companies to disclose data breaches that affect a certain number of customers, and the Federal Trade Commission has discussed proposing similar regulations. Consumers can also monitor their credit report to shut down fraudulent activity as quickly as possible.

2. Know the difference between a credit freeze and a lock

A freeze means that a consumer cannot take out a new loan or credit card without “unfreezing” the report first, but also prevents a hacker from taking out a loan in your name. Credit agencies also offer a service called credit “locking,” which offers the same protections as a freeze, but typically cost a monthly fee. Contact Equifax, Experian EXPN, +1.53%  and TransUnion TRU, -1.34%  to request a freeze.

Those affected should sign up for services that go beyond typical credit freezing and alert services, such as Lifelock, EZ Shield and Identity Guard. The most basic version of Lifelock costs $9.99 per month and provides benefits including address change verification, help canceling or replacing lost credit cards, driver’s licenses, Social Security cards and insurance cards, plus a “restoration team” that helps correct any identity-theft issues and black-market website surveillance.

4. Know the difference between a hack and a breach

A breach is when data is unintentionally left unsecured and vulnerable to hacking, as a result of malicious activity or from negligence. A hack specifically refers to the activities of cyber attackers who purposely compromise IT infrastructure to steal information or to hold systems ransom; that’s what happened with Capital One. If your data was part of a breach, it’s possible it was just left exposed online and was not stolen.

‘Uniquely hated’: The world’s most unpopular shares are starting to slide