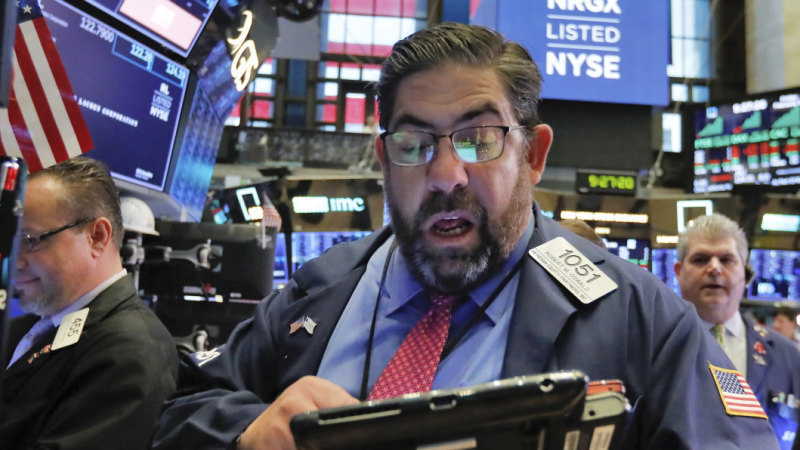 Valuations around most of the world may already be at extreme levels. But there is no reason to think it will be any different this time – and investors will be handsomely rewarded for staying in the market.

There is no real question the Fed will cut rates when it meets this coming week. That has been signalled repeatedly, and at least a quarter point reduction in the cost of money has already been priced in.

The only real debate is whether it will go for a more dramatic half point instead. The reason? The American economy is not exactly in trouble – far from it – but there are some signs that growth may be slackening off a little.

In the first quarter, it expanded by 3.1 per cent, but in the second it cooled slightly, expanding by only 2.1 per cent (although that was faster than expected) as President Trump’s self-destructive trade wars started to take a toll and as demand slackened globally.

It is far from a crisis, and much of Europe would kill for a 2.1 per cent growth rate, but the Fed clearly feels the economy needs a bit of a boost.

A rate cut should keep what is now the longest continuous expansion of the American economy on record going for a few more quarters. The trouble is, the economy might need a boost, but the markets don’t.

Last week, both the S&P 500 and the tech-heavy Nasdaq both hit record closing highs. The S&P 500 is already up 20 per cent this year, compared with only 6 per cent at the same point in 2018. By any measure, we are deep into bull territory.

In the past, the Fed would have been more likely to raise rates than to cut them. William McChesney Martin, the longest serving Fed chairman, who remained in office from 1951 to 1970, once famously defined his job as taking “the punchbowl away just as the party gets going”. Even Alan Greenspan used to warn of “irrational exuberance” when the markets looked this high.

By comparison, the current Fed chairman Jerome Powell is sending out for more vodka at precisely the moment when the party is already getting quite rowdy. It is a significant change.

You need to dust off some fairly old charts for any guidance on what the impact of that might be.

A rate cut will be the economic equivalent of pouring petrol onto an economy which, if not exactly ablaze, is burning perfectly well.

And what happened? After each and every one of those 17 rate cuts, the market was higher a year later, and often very significantly so.

True, it has been a long time since it last happened, but if the past is any guide by next summer the S&P is going to be up to around 3,500 (and the UK’s FTSE will be touching 8,500 even with all the Brexit trauma).

It isn’t hard to work out why. In truth, a rate cut will be the economic equivalent of pouring petrol onto an economy which, if not exactly ablaze, is certainly burning perfectly well. That is certainly unusual.

Not only will it be the first time in more than 20 years since rates have been cut with the markets are this high, it will be the first time the US central bank has ever cut rates with unemployment as low as it is today (the Fed has never eased policy with jobless total below 4pc of the workforce in its entire history).

When money is easier, and companies and individuals can borrow more, and pay less interest on their existing debts, you would expect the equity markets to go up. The real surprise would be if they didn’t.

For the moment, investors should stick around for the ride – it should be a lot of fun.

A rate cut, assuming that is what happens this week, might turn out to be the right or wrong move for the economy.

The Fed is supremely confident there is no risk of inflation, and it has clearly decided the American economy is perfectly capable of expanding by three per cent or more annually without any risk of it overheating.

It may well prove right in that judgment. We will find out over the next couple of years.

One thing is certain, however. It will drive an already worryingly expensive stock market even higher. That might well set up an almighty crash one day. But for the moment, investors should stick around for the ride – it should be a lot of fun.’