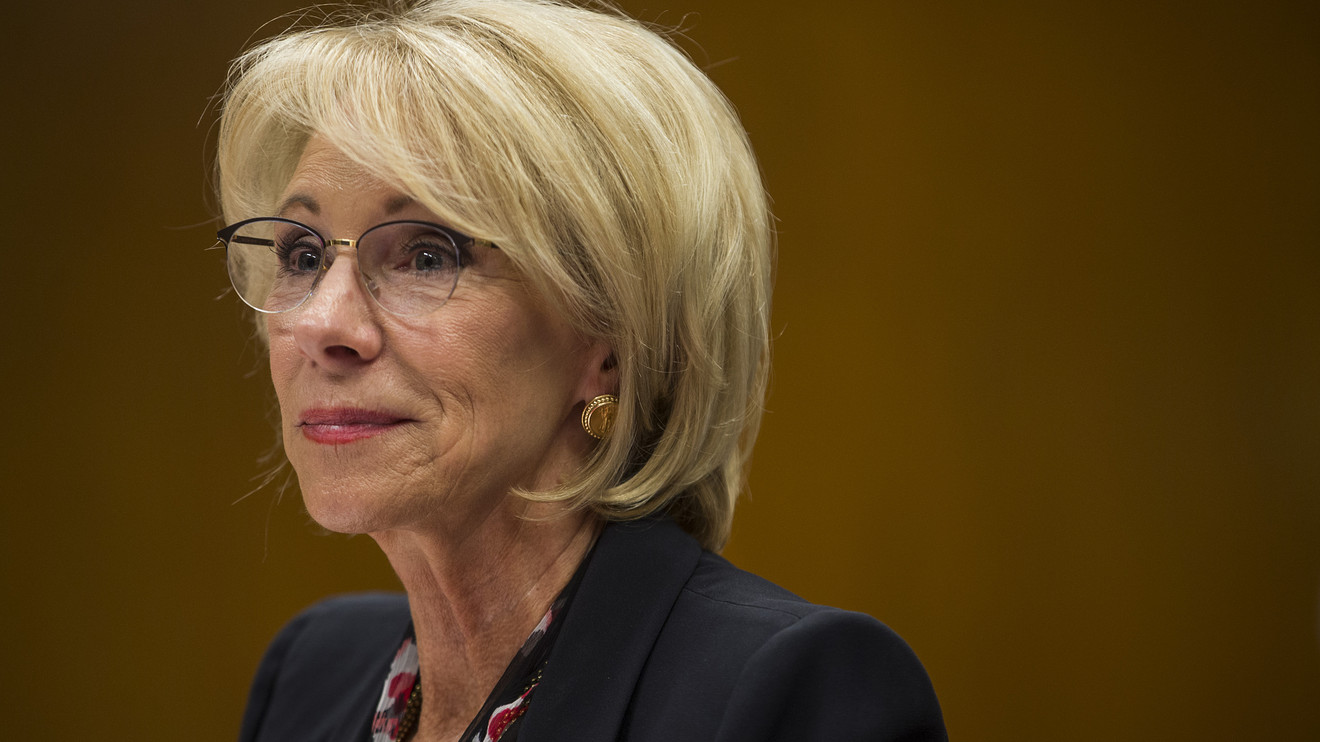 After years working in “dead-end” jobs, Morgan Marler decided to pursue a degree that would help her start a career working with computers.

In 2013, Marler enrolled at ITT Technical Institutes feeling convinced they’d help her land a job once she graduated. “They told me about the fact that they do career placement assistance for life,” she said.

After a few years of studying through pregnancy, the arrival of her daughter and the beginning of her daughter’s life, Marler graduated from the school in 2016 with an associate’s degree in information technology. But just a few months later, ITT shut down amid claims the school misled students about job placement and graduation rates.

‘I can’t even go back to school because I’m not even sure what the Department of Education is going to do with this loan.’

Marler, 29, says she could feel that stigma on the job hunt. “I could tell that they held [ITT] against me and I never heard anything back from interviews,” she said. So even with her degree, she continued working as a manager at FedEx.

Finally, after struggling to manage the debt and doing some “soul searching,” Marler and her husband decided the best way for them to get on a path to financial stability would be for him to join the army.

“We couldn’t afford day care on top of the loans,” which stand at about $24,000 even after a couple of years of payments, Marler said. “Since I can’t really get a job doing what I wanted to do, I’m just kind of here raising my kid.”

Now Marler dreams of one day becoming a nurse, but she says she’s unlikely to pursue that path with the debt from her ITT degree still hanging over her head.

In November 2017, she filed a claim asking the government to wipe away her debt under a law that allows borrowers to have their loans cancelled if they’ve been defrauded by their school.

“I can’t even go back to school because I’m not even sure what the Department of Education is going to do with this loan,” she said.

Marler is one of the nearly 900 student-loan borrowers who say they were scammed by their schools and are awaiting an answer from the Department of Education as to whether they’ll have their federal student-loan debt wiped away. These borrowers have been waiting an average of 958 days for a response.

In the meantime, more than two-thirds of these borrowers say they’ve struggled to get financing for a car or a home. More than 60% have delayed plans to return to school. In addition, more than 47% say they’ve put off a major life decision, like getting married or having children.

‘It’s not what we like to think and what we tell people about how higher education will make your life better.’

Perhaps most “alarming,” according to Eileen Connor, the director of litigation at the Project on Predatory Student Lending at Harvard Law School, which is representing the borrowers: 96% of these borrowers say they’re lives are worse off now than before they attended a for-profit college.

“It’s a wake up call for everyone about how we are managing the federal student-loan program,” Connor said. “It’s not what we like to think and what we tell people about how higher education will make your life better.”

The troubling picture comes as part of documents filed Tuesday in a lawsuit alleging that the Department and Secretary of Education Betsy DeVos are illegally stalling on debt-cancellation claims. The suit, which was originally filed last month, is part of a broader years-long battle over a law known as borrower defense, which allows borrowers who have been scammed by their schools to have their federal debts forgiven.

The law, which has been on the books since the 1990s, was rarely used until 2015 when borrowers who attended the now-defunct, for-profit school, Corinthian Colleges, began clamoring for relief. In response to pressure from those debtors and a group of activists who organized them, the Obama administration created a process borrowers could use to file claims under the law.

The Department of Education under Betsy DeVos has tried unsuccessfully to rewrite the borrower-defense rules. In the meantime, a backlog of claims from borrowers has accumulated; government data indicate that the number of pending claims grew to more than 158,000 as of Dec. 31, 2018.

In the past, Department officials have blamed ongoing legal battles over the Trump administration’s approach to the borrower-defense rule for the delay in processing claims. After a for-profit college association sued the government over the rule, the Department under DeVos, delayed implementing the Obama-era regulation.

Last fall, a judge ruled the delays were illegal and that the 2016 law should take effect. The lawsuit filed by the for-profit college association is still pending, but the association has dropped all of its claims related to the debt-relief process.

“The only thing stopping the Department from finalizing thousands of these claims is the constant stream of litigation brought by ideological, so-called student advocate special interests,” Liz Hill, a Department spokeswoman, wrote in a June statement in response to the lawsuit.

Hill added that the Obama administration had “no real process” for reviewing the claims, which has contributed to the agency’s delay in reviewing the claims. “We have a responsibility to the taxpayer to ensure that claims are properly substantiated so that students receive the relief to which they are entitled,” Hill wrote at the time.

‘Overwhelmed by the response’

When they filed the lawsuit, lawyers from the Project on Predatory Student Lending at Harvard Law School and Housing and Economic Rights Advocates, who are representing the borrowers, provided an online form for those affected to submit testimony. In the roughly one month since, they’ve received 892 affidavits.

“I am personally overwhelmed by the response,” Connor said. “For people to take the time to submit this testimony really speaks to how important it is to them that people understand their situation.”

The documents paint a picture of a group of borrowers who took on loans to attend college in hopes of a better future only to wind up with debt and little benefit to show for it. Many of the affidavits mention how the debt has prevented them from making a major purchase, like a home or car, delayed life events, like marriage or children and made it more difficult or nearly impossible for them to return to school.

‘I was told that an education would bring me a brighter future, instead it has ruined me.’

“I work constantly now in a job I hate that has nothing to do with the education I was trying to get and it leaves me no time to pursue the career I spent over $100,000 on an education that is now worthless,” wrote Brian Tracey, who attended the now-defunct Art Institutes. “I’m still trying to catch up to where I was financially just after leaving active duty military and before losing so much to this predatory school.”

“I work 13- to 14-hour days just to make sure I don’t end up homeless,” wrote Karli Cannon, who took on $80,000 in federal student loans to attend ITT. “I was told that an education would bring me a brighter future, instead it has ruined me.”

Other borrowers expressed a lack of faith in their government for allowing them to borrow funds to attend a predatory college and failing to make them whole after they say they were scammed. Nearly 85% of borrowers who filed testimony said they’d lost faith that the government will protect students.

“They claim I’m looking to dodge my responsibilities,” wrote Ashley Goodman, who took on more than $55,000 in federal student loans to attend the Art Institutes. “I don’t feel like I should pay for an education I never received. It would be like me driving a van, then the van was recalled and taken away by the company that provided it. But they still want me to pay for it, even though they took it away.”

For Marler, who was one of the nearly 900 borrowers to file an affidavit, submitting the document was one of the few avenues she had left to draw attention to the challenges she and other borrowers are facing, she said.

“There’s a lot of people that are in limbo like me that want to go on with their lives and do something with themselves,” she said. “But when you already have debt for something you can’t even use, it’s disheartening.”