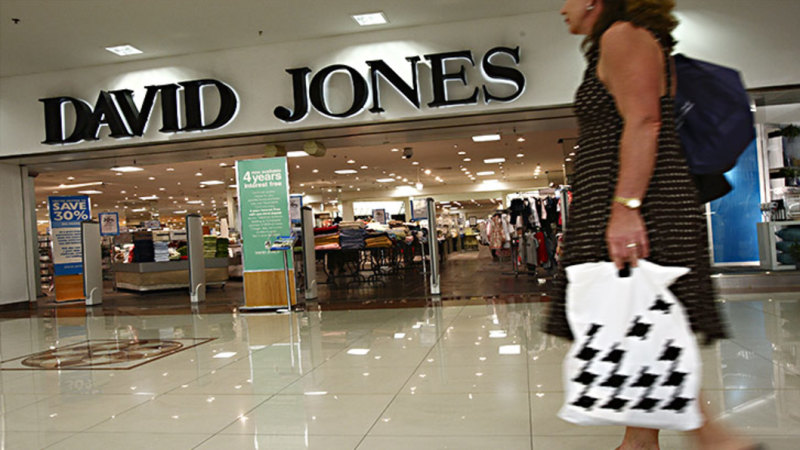 The redundancies were occurring at a number of stores where the company planned to reduce its retail space and affected only a “small percentage” of David Jones’ 14,000-strong workforce, the spokesperson said, with the company seeking to redeploy workers “where possible”.

New South Wales secretary for retail workers union SDA, Bernie Smith, said the job losses came as a shock to David Jones’ employees and would hit regional towns particularly hard, due to the general lack of other easily available work.

“Job losses like these don’t just impact the worker themselves, they impact their family and the wider local community too,” he said. The union is working with affected employees to secure additional redundancy payments.

David Jones’ announcement comes less than a day after retail giant Woolworths revealed the first of its Big W store closures as part of its plan to close 30 stores over the next three years.

The spate of closures and redundancies is adding to signs that Australian retailers are doing it tough, with business bank NAB recently declaring the sector to be “clearly in recession”.

In the bank’s Monthly Business Survey for May, NAB chief economist Alan Oster noted that “the recent deterioration has seen conditions in the industry fall to levels not seen since the GFC”. He said this suggested that “the consumer remains highly cautious with anything but spending on essentials because of ongoing slow income growth, high debt levels and possibly some concerns over falling house prices.”

David Jones was acquired by South African group Woolworths Holding Limited in 2014 for $2.2 billion. Since then, its new parent has been on a mission to reinvent the company.

Five years on, that mission is still a work in progress, with Woolworths Holdings chairman Simon Susman saying in the company’s 2018 annual report that the revitalisation of David Jones was its “biggest challenge”. Former David Jones CEO David Thomas resigned in February for unspecified “personal reasons” after just 18 months running the 181-year-old department store chain.

The retailer’s sales in the year to June slowed 0.8 per cent from the previous year, marking the third consecutive year of decline for the company.

Management is now hoping to revive growth by boosting its online presence. Online sales jumped 47 per cent from the year prior, with plans in place to drive their contribution to overall sales to at least 10 per cent by 2020, from 7.7 per cent currently.

At the same time, David Jones’ flagship Elizabeth Street store in Melbourne is undergoing a $400 million refurbishment, which the company had initially stated would be finished in the second half of 2019. It’s since readjusted its outlook, with the completion now slated for early 2020.