“Ding dong, AVON calling!” was a catchphrase in the ’60s that represented more than door-to-door direct selling of cosmetics; it represented financial independence for women and a culture shift. More than 50 years later, the iconic brand is signaling a new business trend about putting purpose first by agreeing to an all-stock sale to Brazil-based beauty brand Natura valued at $2 billion, effectively creating the world’s fourth-largest beauty brand with roughly $10 billion in global revenue.

The combined businesses will have more than 6 million direct sellers, 3,200 stores and operations in 100 countries. The move followed Natura’s 2017 acquisition of The Body Shop, the first billion-dollar acquisition by a B Corp. Once completed, this deal would make Natura the world’s largest Certified B Corporation, surpassing Danone North America.

Missing from almost all of the reports of the purchase was a deeper story on emerging business trends: by voting to approve an all-stock sale to Natura (B3-NATU3), Avon’s directors became the first directors of an existing U.S.-listed, publicly traded company (NYSE-AVP) to vote to upend shareholder primacy by adopting a corporate governance structure that’s purpose is to create long-term value for all stakeholders, not just shareholders.

That’s a big deal. Here’s why:

Shareholder primacy is the legal doctrine and culture in business and finance that drives companies, investors and their directors to maximize profits above all else. Senator Marco Rubio recently released a report, “American Investment in the 21st Century,” that specifically calls out shareholder primacy as the root cause of the virus of short-termism plaguing our capital markets, crowding out investments in innovation and undervaluing workers. 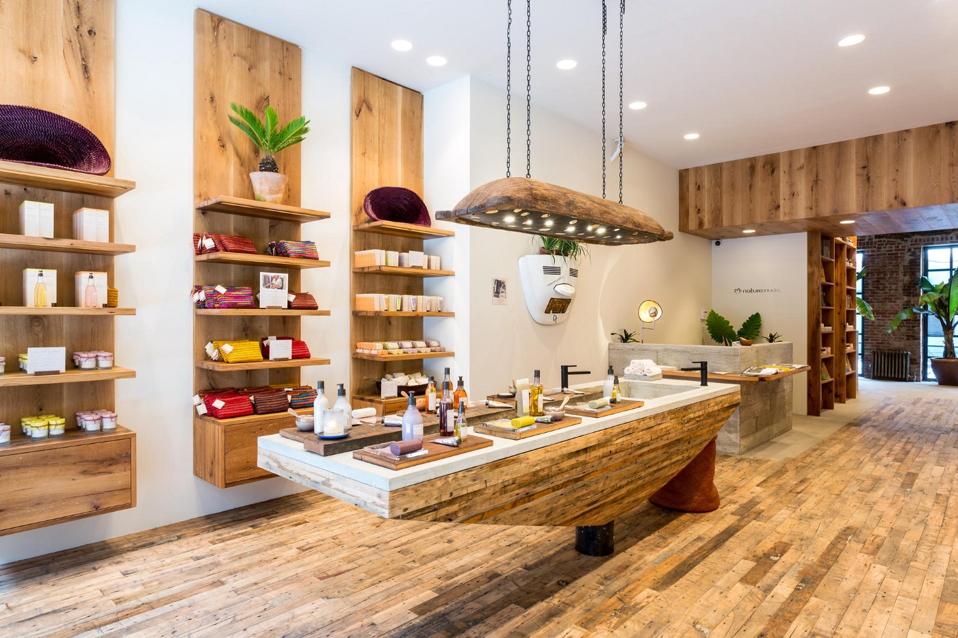 Stakeholder governance is more than a passing business trend; it represents systemic change that upends shareholder primacy, most commonly by adopting a legal structure to become a “benefit corporation.” Unlike traditional corporate governance that requires maximization of profit above all else, benefit corporation governance expands the fiduciary duty of directors to balance the interests of all stakeholders, not just shareholders, when making decisions. Benefit corporation laws have been passed in 37 U.S. states, and signed into law by 18 Republican governors, including Vice President Mike Pence.

There are already more than 10,000 businesses that have adopted this new form of corporate governance, but until Avon’s sale to Natura, no existing U.S.-listed publicly traded company had ever done so.

Natura amended its corporate articles on April 14, 2015, to include stakeholder governance language based on the model U.S. benefit corporation statute. Natura’s institutional shareholders, including T.Rowe Price, Lazard and Oppenheimer, voted in favor of this legal amendment. While certainly not causal, it is worth noting that since adopting the benefit corporation model of stakeholder governance, as of Friday, June 28, 2019, Natura’s share price has doubled from roughly $27 to $56.

Upending shareholder primacy has explicitly aligned Natura’s management, directors and investors around their common goal to build long-term value for all stakeholders. Since adopting stakeholder governance, Natura has made two major acquisitions—first The Body Shop, now Avon—that suggest they are executing on a long-term plan, not reacting to short-term market pressures. That is something every CEO, every long-term investor, and everyone with a 401(k) should want to see more of in other publicly traded companies.

Natura, founded in 1969, used this new stakeholder governance language to institutionalize its long-held values into its legal DNA. According to Natura at the time, this step made perfect strategic sense to its global investors who had come to know Natura’s values through its sustainable headquarters and operations, community-first ingredient sourcing, and ambassador education and training. Perhaps not coincidentally, at roughly the same time Natura’s shareholders voted to approve its new stakeholder governance language, Natura became one of the first companies in the world to share an Environmental Profit & Loss to account for the natural capital it uses throughout its business value chains and their societal impacts. Conducting and sharing an EP&L gives both Natura and its investors better ability to manage the business and financial implications of a just transition to a low-carbon economy. As urgency mounts around the world, including from central banks, to deal with our climate emergency, Natura is on more solid footing because it has already adopted a stakeholder governance model that gives the company increased freedom to plan and act for the long term.

And as Natura acquires more businesses around the world, it is using this stakeholder governance to align those companies to its triple-bottom-line values, starting in the boardroom and the C-Suite. The vote by Avon Products’ board of directors to accept an all-stock deal that would effectively transition Avon into a benefit corporation structure as part of the acquisition shows that they and their shareholders believe that their long-term financial success is inextricably tied to the success of their other stakeholders—their workers, their suppliers, the communities in which they operate, and the natural world from which they source many of their ingredients and on which all life depends.

The Natura acquisition of Avon is the latest in a series of events signaling growing interest among multinationals and publicly traded companies in upending shareholder primacy by building the global B Corp movement. A few milestones that signal this accelerating business trend:

The capital markets are moving in a similar direction:

Where Is This Business Trend Heading?

In December 2015, a writer for Fortune declared that to “Be Like a B Corp” was one of “five key business trends to master” in 2016. That may have been prescient.

Natura’s acquisition of Avon highlights a growing business trend in how companies operate—and will continue to operate—around the world. The Natura-Avon deal, the rhetoric of leaders in global finance, and the accelerating activity of publicly traded multinationals and private equity funds all show that the capital markets are ready, willing and eager to accept companies with a stated legal commitment to balance profit with purpose. Natura’s deal is the latest milestone indicating that purpose-first businesses are increasingly seen as conducive to the creation of shareholder value—that an authentic commitment to purpose does not detract from shareholder returns, but is in fact necessary to ensure them.

The business trend is clear: Anyone planning to be competitive in the coming decade must authentically commit to purpose and to upend shareholder primacy, or risk being left behind.