Speculation that UBS chief executive Matthew Grounds is set to take a step back from the investment bank’s top job has been circulating for more than a decade. This time, CBD hears, it could be real.

Grounds has been telling a select number of friends and colleagues he wants to make some changes after a lengthy career at UBS, including a stint as its global co-head of investment banking. 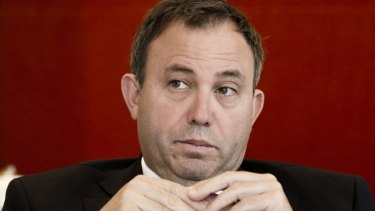 The retirement of UBS chief executive Matthew Grounds has been the subject of local speculation for years.Credit:Louis Douvis

If Grounds was to depart, it would mean a significant change to the dominant investment bank in Australia just days after one of its largest rivals, Deutsche Bank, made a decision to shrink significantly.

UBS insiders had earlier this week told CBD it was unlikely Grounds would be gone this year.