To cope with the fallout after the grounding, Boeing has slowed production to 42 MAX jets per month from 52 earlier, causing the plane-maker to take a $US1 billion ($1.4 billion) charge in the first quarter.

Deliveries of the MAX aircraft were stopped in March after an Ethiopian Airlines crash killed all 157 people on board. Since then, Boeing has not reported any new order for the MAX planes.

Several analysts have lowered their full year 2019 delivery estimates for the MAX, and many do not expect the aircraft to be handed over to customers before December.

Last month, Jefferies analyst Sheila Kahyaoglu said she expected zero MAX deliveries in the second and the third quarters of 2019, with full-year MAX deliveries around 236. Boeing delivered a total of 580 737s in 2018.

The American plane-maker’s net orders for the first six months were in the negative territory, with a total of minus 119 net orders, lagging Airbus which won 88 net orders between January and June. 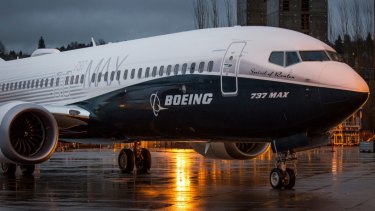 Boeing 737 MAXs around the world have been grounded since March 13. Credit:Bloomberg

A few airlines have shown confidence in the MAX since the fatal crash, with British Airways-owner IAG last month signing a letter of intent to order 200 versions of the aircraft.

BookWatch: It’s time for America’s millionaires to create their own ‘Giving Pledge’

There’s been a surge in the number of young Americans opening credit cards —...