“There’s such a shortage of stock on the market,” Mr White said. “This is only the fifth sale of a sub-$20 million building in the Melbourne CBD in 2019 – more than double the number of sales occurred in the same period last year.”

“We had offers before going to market in the mid-$5 million range which were seriously considered by the vendor,” Mr Brierley said.

The vendor, lawyer Greg Antippa had owned the building since 1980 and Tsindos has been there for 50 years. The restaurant opened in 1969 when the Lonsdale Street block opposite the Queen Victoria Hospital, was dominated by Greek hospitality operators.

These days,  QV shopping centre, office towers and apartments are across the road and Emporium and Melbourne Central are down the road. But its proximity to Chinatown, undergoing a fresh renaissance, drove the big price.

Other recent CBD deals include 26 Corrs Lane which fetched $6.85 million on a 3.29 per cent yield and 39-41 Little Collins Street which Aconex founder Rob Philpott bought for $16.5 million on a yield of 1.11 per cent.

Brisbane-based investors have splashed out more than $20 million on a three-level office, known as Summit House, on the coveted Doncaster Hill.

Title documents show a company called Mike & Shann – owned by Shan Kuo and Ching Yang Wu – has slapped a caveat on the property at 90-96 Tram Road.

Opposite the massive Westfield Doncaster shopping centre, the 3472sq m office is on a 4097sq m parcel of land. It’s got room for 123 carparks and returns $1.2 million a year in rent.

It was bought by HSA Doncaster – controlled by Singapore-based Hwa Seng Investment – in 2016 for $16.1 million and has a permit for an eight level development.

The deal was negotiated by CBRE agent Josh Rutman, Scott Orchard, Julian White and Lewis Tong who declined to discuss its details.

Fresh from the sale last year of their Clifton Hill warehouse, the Schot family has listed the flagship Hoddle Street premises. 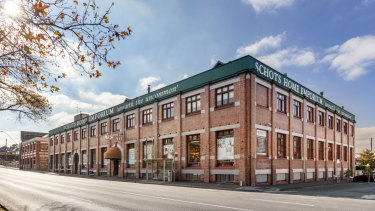 There’s plenty of potential in the historic building, just north of the Eastern Freeway entrance.

Colliers International agent Andrew Ryan, who is handling enquiries with Peter Bremner and Ted Dwyer, is expecting it will fetch in the low to mid $20 million range.

The 5306sq m three-storey building is on a 2131sq m island site between the railway line and Hoddle Street. It was built in 1913 for the Clifton Shoe Company.

The Schots have offered it on a short-term lease back returning $800,000 a year.

They sold their warehouse at 63 Noone Street last year to Ant & Bee, a company owned by KeepCup founder Abigail Forsyth.

Down the hill, Mr Ryan sold the 47 Easey Street Collingwood headquarters of PBS Broadcasting on Thursday afternoon for $6.85 million.

An owner-occupier has purchased the double-storey heritage property and will  move in when the leases expire. PBS is moving to the new Collingwood Arts Precinct on Johnston Street next year.

The Fitzroy home of the Blue Circus Studio is on the market. Blue Circus has occupied the building at 304-310 Gore Street for around ten years and while it has a three-year option from next April, there is also a demolition clause in the lease.

Known as McCrohan’s Building, the Greek Revival warehouse was built around 1929 as a garage. 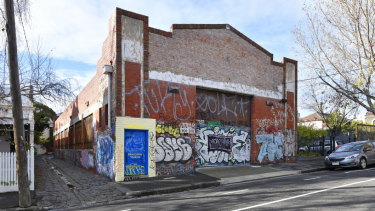 It’s not expected to make much more 16 years later. Gray Johnson agent Matt Hoath, who is handling the expressions of interest campaign, is expecting it to sell in the low $3 millions this time around.

Blue Circus Studio, which runs classes, rehearsals and workshops out of the space and pays $64,500 a year in rent.

A rare and unusual block of flats in Camberwell is up for grabs. The five building 16-apartment estate is on a huge 4805sq m site at 1 Cooloongatta Road and includes a house.

Its development harks back to the post-war period when flats were built in the large grounds of historic homes – without demolishing the original house.

In this instance, three generations of a family have owned and lived on the property for the past 67 years but are now ready to sell.

Savills agent Jesse Radisich, who is marketing the property with Nick Peden and Benson Zhou, said interest in the blue ribbon site is expected to come from residential and aged care developers. 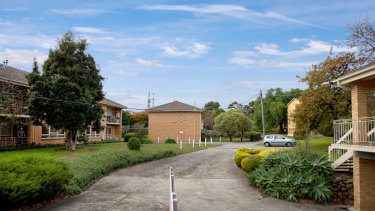 The Middle Camberwell property, just off Riversdale Road, is expected to attract offers of between $14-$15 million. It currently returns $294,000 a year.

In the mid-nineteenth century the Diggers Rest Hotel was one of Victoria’s busiest pubs.

As the name suggests, the hotel, built in 1854, was a stopping point on the road to the diggings, the gold fields around Ballarat, Castlemaine and Bendigo. 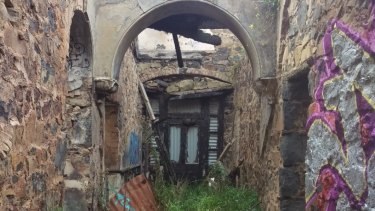 But a fire destroyed the historic pub in 2008 and Diggers Rest, the township, has been without its local watering hole.

Its condition is described as “ruinous” on the Victorian Heritage Database.

However, a condition of the recently obtained planning permit requires the restoration of four original walls and the chimneys of the 1854 pub.

The permit allows for a new pub, restaurant, reception centre, distillery and a 70-plus room hotel. 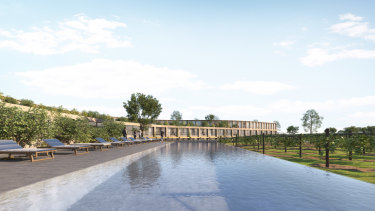 The burnt out hotel is on a large 2.67 ha site at 1434-1466 Old Calder Highway. It’s in a green wedge zone close the fast-growing Sunbury area and likely to fetch around $2 million.

Nicole Lindsay is a property reporter at The Age.