Apple said  its Chief Design Officer Jony Ive – a close artistic confidant of founder Steve Jobs and a critical part of the firm’s late 1990s revival and historic growth into the world’s first $US1 trillion ($1.43 trillion) company – will leave the iPhone maker later this year to form an independent design company. 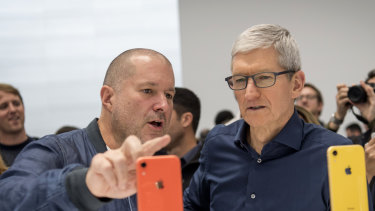 Apple’s shares fell 1.5 per cent to $US197.44 in after-market trading, wiping nearly $US9 billion  ($12.9 billion) from the firm’s value. Ive spent nearly three decades at Apple, playing a leading role in the design of the candy-coloured iMacs that helped Apple re-emerge from near death in the 1990s to the iPhone, regarded by many business experts as one of the most successful consumer products of all time.

“It’s the most significant departure of somebody who was a core part of the growth story” under Jobs, said Ben Bajarin, analyst with Creative Strategies.