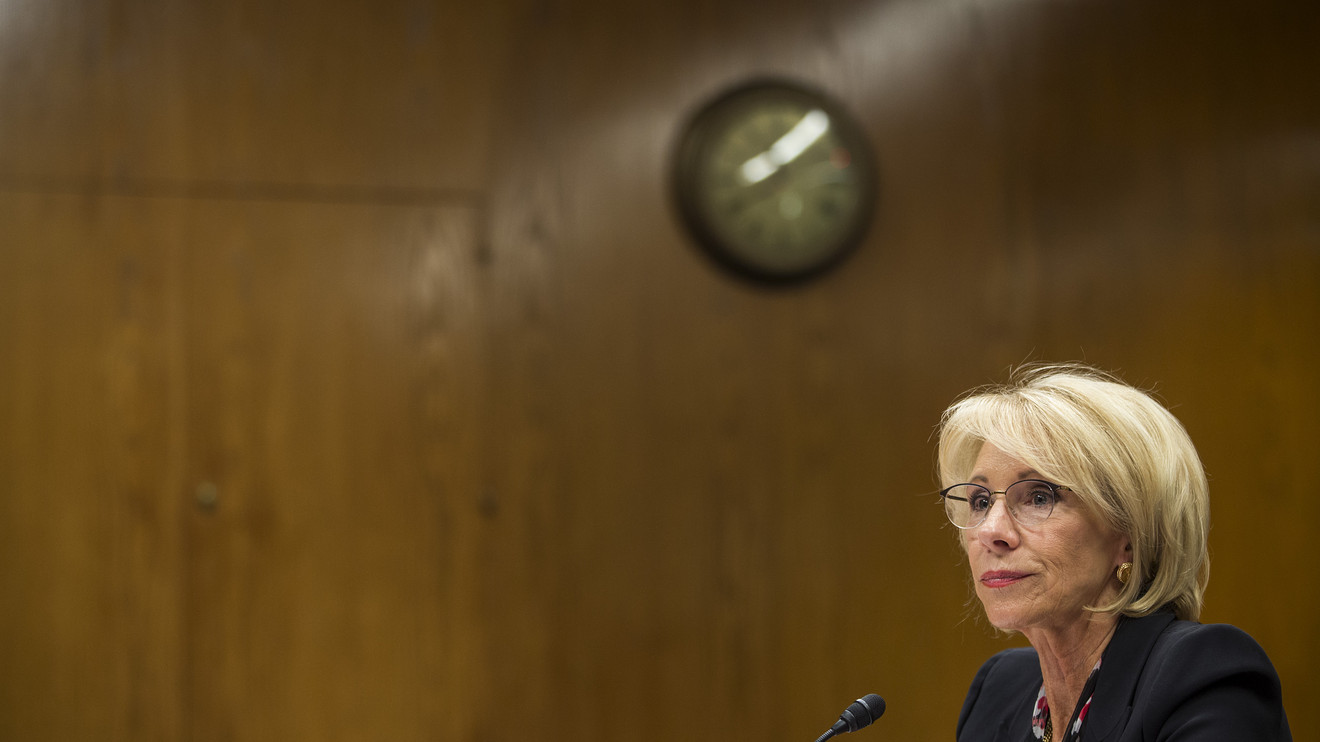 After working as a bartender for years, Alicia Davis decided in 2006 that she wanted to take steps towards starting a career in law enforcement by getting her bachelor’s degree.

It’s a decision that’s haunted her ever since.

Davis, now 36, enrolled in the online criminal justice program at Florida Metropolitan University. She decided to sign up based on promises made to her by the school’s representative that her degree would help her land a job as a crime-scene investigator, earn at least $35,000 per year and that she’d be able to transfer her credits to another institution.

She later learned these vows were false.

Borrowers have had the right to have their debt discharged in cases of fraud under the borrower defense law since the 1990s. But it wasn’t until the collapse of Corinthian Colleges in 2015 that they began filing claims in droves.

During the process of enrolling in the school — which was purchased by the now defunct for-profit Corinthian Colleges chain while Davis was a student — representatives told Davis that her schooling would be covered by grants and scholarships. Instead, Davis filled out paperwork presented to her by the financial-aid office that unwittingly signed her up for more than $22,000 in federal student loans.

“They had me sign a contract, which as I read it now pretty much signed my life away,” she said.

Fast forward to 2019, Corinthian Colleges collapsed amid allegations that the school misled students about job placement and graduation rates and Davis is still contending with the debt. In April 2015, Davis filed a claim with the Department of Education asking the agency to discharge her federal student loans.

Under a law known as “borrower defense,” federal student-loan borrowers have a right to have their debt cancelled if their school defrauded them. When she filed her claim, Davis was seeking her rights under that law.

But she has yet to hear back from the Department. Meanwhile, her debt has ruined her credit, making it difficult for her to get a new car when she needed one or move up in her field of law enforcement, which often requires a credit check.

In the years since Corinthian collapsed, other for-profit college chains have folded, amid allegations they mislead students, leaving thousands of people with debt and no degree or a degree that’s worth little in the labor market.

“It causes a lot of anxiety, it stresses me out a lot,” Davis said of her debt situation. “I try not to let it bog me down.”

Now Davis is fighting back. She’s part of a class-action lawsuit filed Tuesday, accusing the Secretary of Education, Betsy DeVos, and the Department of Education of illegally stalling their decision on at least 158,000 borrower defense claims filed by people like Davis.

In the past, Department representatives have said that pending litigation has slowed down its process for providing relief to borrowers.

“The law is really clear, but the Department of Education has ignored their claims,” said Eileen Connor, legal director at Harvard Law School’s Project on Predatory Student Lending, which is representing the borrowers. “Students are coming forward today to say enough is enough.”

The suit is the latest development in a years-long battle over the fate of student loan borrowers who were scammed by their schools. Borrowers have had the right to have their debt discharged in cases of fraud under the borrower defense law since the 1990s. But it wasn’t until the collapse of Corinthian Colleges in 2015, that borrowers, organized by activists, began filing claims in droves.

In response to pressure from these borrowers and activists, the Obama administration formalized the process borrowers could use to apply to have their debts discharged under the borrower defense rule. In the years since Corinthian collapsed, other for-profit college chains have folded, amid allegations they mislead students, leaving thousands of borrowers with debt and no degree or a degree that’s worth little in the labor market.

These students have also sought relief under the borrower defense law. More than 20 schools have at least 500 applications from former students pending at the Department, according to court documents.

More than 20 schools have at least 500 applications from former students pending at the Department of Education, which has tried unsuccessfully to rewrite Obama-era ‘borrower defense’ rules.

Under DeVos, the Department of Education has tried unsuccessfully to rewrite the borrower defense rules. Meanwhile, borrowers like Davis are suffering as their claims languish at the agency, the lawsuit alleges.

Other named plaintiffs in the suit said their student debt, which they allege they incurred fraudulently, has kept them from getting married or returning to school to further their career. In some cases, they’ve had their tax refunds seized to repay the debt, according to court documents.

These borrowers have also lost faith in their government’s ability to protect them, Connor said.

“Each of them expresses some form of the idea that they’ve already been harmed by these for-profit colleges who never should have been allowed to participate in federal student loan programs in the first place,” she said. “The fact that they are being ignored by the Department of Education really just tells them that their government isn’t here for them.”

That’s a sentiment Davis echoes. Despite the experience at FMU, Davis is now a crime analyst, a job she was only able to get after earning bachelor’s and master’s degrees at public colleges. It’s a process she had to start from scratch because the schools where she ultimately graduated wouldn’t take the credits she earned attending during her time at the for-profit college.

“It makes me so angry — passionate angry,” that the system is “allowing this to happen to people who are trying to better themselves,” Davis said.

Desperate to be ethical? Try the B Corporation seal of approval – The Times