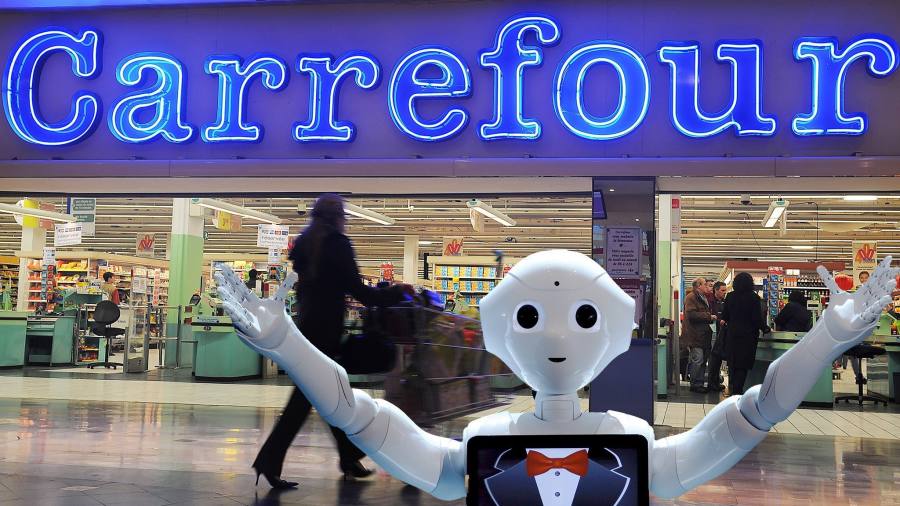 Carrefour, Europe’s largest retailer, took a decisive step towards exiting China on Sunday as it sold the majority of its struggling business in the country.

The French group said that it had agreed to sell 80 per cent of Carrefour China to Suning.com, a Chinese retailer with more than 8,881 stores in more than 700 cities.

The all-cash deal worth €620m values the Chinese business at €1.4bn, including debt, and is set to close by the end of the year.

The agreement with Suning.com also gives Carrefour “several liquidity windows to sell its remaining 20 per cent stake in Carrefour China”, the retailer added.

Carrefour entered the Chinese market in 1995 and operates a network of 210 hypermarkets and 24 convenience stores in the country. Last year, the Chinese business generated net sales of €3.6bn and earnings before interest, tax, depreciation and amortisation of €66m.

However, analysts at HSBC flagged in February that China was a tough spot for Carrefour, and its chief executive Alexandre Bompard, who joined the group in 2017.

“China remains difficult with like-for-like [sales] down 5.9 per cent [in 2018] including a deterioration in the fourth quarter,” which saw like-for-like sales down 6.2 per cent, HSBC said in a note to clients.

After the deal was announced, Carrefour told Reuters that talks over a minority stake sale to Suning.com’s rival, Chinese tech giant Tencent, had ended. However, a spokesperson added that a “strategic business partnership” with Tencent remained in place.

Carrefour launched the partnership with Tencent and Yonghui in January 2018 as part of an overhaul designed to boost growth.

In February this year, Carrefour — which is engaged in a price war with domestic rivals such as E. Leclerc, Casino and Auchan — lifted its targets for cost savings as part of a transformation plan running to 2022.

The chain has been trying to reduce its dependency on hypermarkets and ramp up its convenience and e-commerce formats in the face of competition from German discounters and online groups such as Amazon.

The retailer’s share price has climbed 14 per cent this year even though Nick Coulter, an analyst at Citi, said in a recent note that Carrefour was still “work in progress”.

“With cost savings underpinning margins in [2019] we view the initiatives to regain competitiveness in France positively, although we note the extended period of patience required by investors to move from a sustained period of earnings and free cash flow erosion to recovery,” said Mr Coulter.