Investors haven’t been this pessimistic since the global financial crisis of 2008. 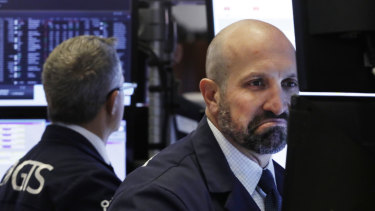 That’s according to a Bank of America Merrill Lynch survey of money managers with $US528 billion ($768 billion) between them. Equity allocations saw the second-biggest drop on record, while cash holdings jumped by the most since the 2011 debt-ceiling crisis, the June poll showed. Concerns about the trade war, a recession and “monetary policy impotence” all contributed to the bearish sentiment, Bank of America said.

While stocks kicked off June in the green after last month’s sell-off, they have struggled to gain momentum. Investors worried about the lack of progress in US-China trade talks and weak economic data are keenly watching the upcoming G-20 meeting and the Federal Reserve rate decision in the next couple of weeks.

Global growth expectations collapsed, Bank of America said, with half of the surveyed fund managers forecasting weakness over the next 12 months, in conditions “consistent with 2000/01 and 2008/09 recession levels.”

Mark Hulbert: Should we really wait until age 70 to receive Social Security benefits?