Together they had pumped more than $400 million into MapR over a series of equity raisings.

The plan was for MapR – which at its peak was capitalised at more than $1.4 billion would list in the US – to provide an opportunity for its investors to cash in on its growth. 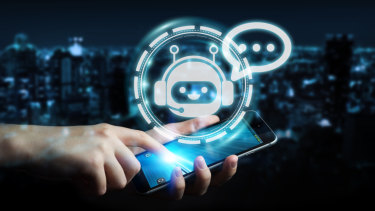 AI has a growing role in how humans access content.Credit:Shutterstock

Instead, in 2017 it opted for another round of private funding – this time $US153 million ($221 million). It was at about the same time the company was heralding that sales had grown 70 per cent and it was looking at international expansion.

Fast-forward a couple of years and MapR is circling the drain, its chief executive has been replaced and it is desperately hoping to find additional investors to pump in capital sufficient to keep its head office open and its staff from joining the unemployment queues.

When its poor first-quarter results were released recently an unnamed funder it had lined up walked away.

News of the impending doom was picked up after a WARN notice around large scale layoffs was placed with Californian employment authorities.

The trouble is, what is hot in the technology sector can change rapidly and without an exit strategy investors like the Future Fund can be stuck on deck when a company is sinking.

MapR was a breed of big data companies in what is called Hadoop, an open source big data and storage market. Not surprisingly other big players in this space are also struggling – the two biggest rivals have recently merged.

Hadoop was initially lauded as a key component for the storage and processing of big data back when it began in 2009.

But now, the experts say a new generation of cloud-based platforms like Amazon Web Services or Microsoft Azure has been luring customers as they focus on real-time data and event-driven applications.

The technology evolved and fashions changed but those in the Hadoop market didn’t – or didn’t do it fast enough.

Industry research group Forrester predicted in a 2017 report, The Cloudy Future of Hadoop, that the technology would face challenges from larger cloud players, with artificial intelligence applications eclipsing its reach.

Therein lies the trap for investors like the Future Fund.

In 2016 around the time the Future Fund led that year’s round of MapR funding, its chief investment officer, Raphael Arndt, laid out its broad strategy for investing in technology. 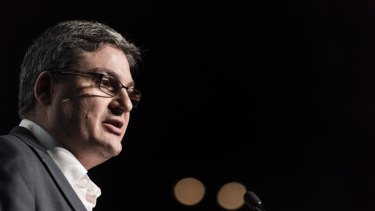 “Venture is very important to us as it gives us access to the current innovation and disruption trend. I am pleased to say that it is working – with the program having returned well over 20 per cent per annum net of fees, one of our strongest performers,” he said.

“We had early exposure to companies like Uber, Didi Kuaidi, Pinterest, Airbnb, Atlassian and Snapchat – all massive companies today – but we also have exposure to emerging winners like Digital Ocean, Stitch Fix, Coursera, Mongo DB, Elastic and MapR, just to name a few.”

Ardnt said the Future Fund’s multibillion-dollar venture capital program gave it “access to innovative, high potential companies as well as insight into the disruption trends that are impacting the way societies and economies operate, and how those trends may play out in our portfolio”.

With the value of hindsight it’s now clear this aspect of big data is a trend that the Future Fund didn’t pick correctly.

The Future Fund responded this week saying, “we don’t comment on individual investments, but it is inevitable that some investments don’t work as hoped. However, our venture and private equity program, and the Future Fund portfolio as a whole, have performed strongly and continue to do so.”

Of course if the investment in MapR has been toasted it would represent less than a rounding error for a fund this size.

But it does serve as a reminder to investors – even those with access to specialist expertise – about the risks of playing in the rapidly changing technology space.