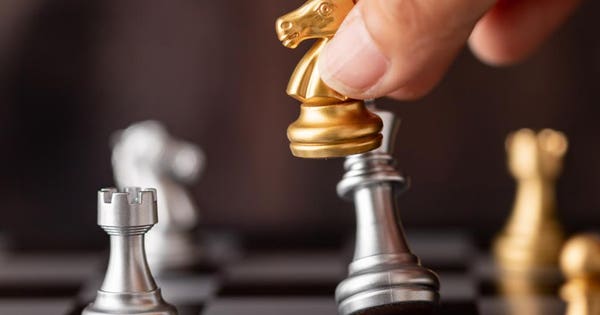 Al Schuman was the CEO of a company called Ecolab in the late 1990s/early 2000s. He never went to business school. He came up through the ranks from a junior sales guy in Brooklyn, NY, to become the CEO of a multi-billion dollar company.

I met Al when I was a young Equity Research analyst at Fidelity Investments in the early 2000s. Because of Fidelity’s size CEOs would meet with 21-year olds like myself and explain their businesses to them. This was the largest company under my coverage, so I spent a lot of time getting to know the management team and the business.

Al was never taught formal business strategy, but he was a natural. When he started, the company was selling liquid cleaning chemicals, a near-commodity. He had hundreds of competitors that did the same, and competition centered on price. Aggressive sales guys would jostle to sell their company’s jugs of cleaning liquids to the local shops, restaurants and hotels, all competing mostly on price.

Al was shrewd, and had his people design a machine that would take solid chemicals and make liquid chemicals from them on the spot. And not just any solid chemicals – only the solid chemicals that were specially shaped that Ecolab was making. The benefit to the clients was that they could get far more cleaning from a given volume of chemical and they would hardly ever run out.

Al then instructed his guys to give away these machines for free. So all of these mom and pop customers, such as local restaurants and hotels took these machines because it was a great labor and time saver for them to use solid chemicals to clean dishes and other things rather than having to buy jugs of liquid cleaning solution as they used to do.

This completely changed the conversation that Al’s sales guys would have from “what’s your price per gallon of chemical” to “what’s my price to wash X loads of dishes.” So the customer got a better deal, the company was able to charge a premium, and he erected switching costs and barriers to entry for his competitors who didn’t have the capital and R&D capability to replicate what he did.

If someone wanted to compete with Ecolab’s innovation, they would now have to:

Al didn’t stop there. He realized that there was a segment of the market that was under-served. The large chains. Whether it be MacDonald’s or Marriott Hotels, having the local manager purchase the chemicals didn’t make sense. Besides, these companies prided themselves on offering a consistency of service across different geographies. So why not offer them the same cleaning solution from a company that could meet their needs across all the countries that they were in?

The next time you stay at a large chain hotel, check out the cleaning lady’s cart. Chances are, you are going to see an Ecolab product there.

Al signed global deals with these large chains. Sure, the customers got good prices, but given the volume of business Ecolab did pretty well too as far as its margins were concerned. Better yet, it had absolutely no competition in this segment.

Thank about it. Once a Marriott or a Hilton signed a global agreement, how would a local or a regional cleaning chemical producer compete? Who would their sales people even talk to? Now corporate HQ made the decision about which cleaning chemical to use, and to compete you had to have global scope. So guess what? If you were anyone except for Ecolab, you weren’t even in the running.

Al took a company that made commodity products sold based on price and:

He couldn’t have done better had he been a Harvard Business School guru on competitive strategy. And by the way? He told me that he intentionally never hired an MBA in his life. He wanted guys who could hustle and had street smarts to figure things out from first principles, not someone in a fancy suit who had all the book knowledge but couldn’t get stuff done.

If you are interested in learning more about the investment process at Silver Ring Value Partners, you can request an Owner’s Manual here.

If you want to watch educational videos that can help you make better investing decisions using the principles of value investing and behavioral finance, check out my YouTube channel where I regularly post new content.

Disclaimer: The above is my personal opinion, and does not constitute investment advice.

Ensuring the well-being of the planet: how business can play a role – Telegraph.co.uk