Clearly, ANZ already had its plan in place to pass on only 18 basis points of the RBA’s 25 basis point cut well before the central bank made its announcement on Tuesday.

And it needed to respond to the RBA cuts immediately – so as to signal its intention to other banks and provide them with cover to follow its lead.

But the move backfired. The Commonwealth Bank – sizewise the leader of the pack and the bank most able to absorb the negative impact of passing on a full rate cut – capitalised on its superior position. It cut its home loan variable rate by the full 25 basis points, hanging ANZ out to dry.

It’s probably no coincidence that the two banks prepared to forego profits are headed by two relatively new CEOs.

But both banks got a full frontal assault from RBA Governor Philip Lowe, who argued they should pass on the full cut to customers. With interest rates already at historic lows, the RBA has little firepower in its monetary arsenal to stimulate the economy. Every shot needs to count.

Meanwhile, both CBA and NAB played up their decision to take the moral high ground.

“We strongly believe reducing rates is the right thing to do by our customers and reflects our focus on earning trust in the community and rewarding our loyal existing customers,” NAB crowed.

“NAB is determined to continue supporting our home loan customers by being a bank they can rely on throughout the lifetime of their loan.”

And CBA commented: “We have carefully considered the RBA rate decision and the current funding environment, together with how we continue to meet our regulatory commitments, capital requirements, and community expectations.” 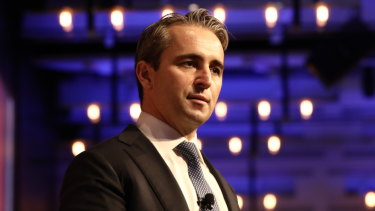 It’s probably no coincidence that the two banks prepared to forego profits in the interest of promoting trust are headed by two relatively new chief executives.

Matt Comyn from CBA and NAB’s Phil Chronican are seen as the new blood within their respective banks. They are the clean-up brigade.

As relative newbies they are better able to rebase the earnings of their banks – and not be seen as responsible for legacy issues weighing on results.

But Westpac’s Brian Hartzer also played his move to pass on four fifths of the RBA cut quite cleverly. Not only did he use ANZ for cover, he caught the market by surprise offering an even bigger cut for interest-only housing investment loans. This served to blunt the backlash.

Westpac, which has always been a heavy hitter in this category, is clearly looking to take market share. It’s an interesting move and suggests Hartzer thinks the housing market is turning.

So by Wednesday, it was a slightly isolated Elliott doing the rounds of talk back radio to explain why he had (in Frydenberg’s words) put profits ahead of people.

Not surprisingly Elliott argued that cutting rates disadvantaged customers with deposits. He is correct of course. But there is double the amount of money tied up in mortgages than there is in savings accounts.

And here is the sweet irony. The pathetically small rate that depositors will receive on their term deposits and savings accounts could spur many to seek out higher yielding investments -such as bank shares, which have traditionally been popular yield stocks.

But the danger is that now, in a very low interest rate environment, bank profits and their historically juicy dividends are under significant pressure.

Travel: This couple dreamed about frugally traveling around in a van — until reality...