Many college graduates in the class of 2019 are facing job prospects their older brothers and sisters could only dream of.

Take Joe Caraccio, who is graduating from the University of New Hampshire this month with a degree in computer engineering. Prospective employers sought out the 22-year-old on LinkedIn in the summer before his senior year. By October, he’d already lined up a gig at a company that makes commercial and defense electronic systems.

Caraccio likely benefited from the experience of graduating in an economy that’s the best for young college graduates it’s been in years. The unemployment rate for college graduates between ages 21 and 24 is 5.1%, as of March 2019, according to a report released Tuesday by the Economic Policy Institute, a labor-focused think tank. That’s compared to the 2011 peak of around 9%.

“I would prefer to be graduating from the Class of 2019 than the Class of 2009,” said Nicole Smith, chief economist at Georgetown University’s Center on Education and the Workforce. “This is an amazing market for them.”

That strong economic footing could help set the Class of 2019 up for a much better financial future for the rest of their lives. Research indicates that the economy someone graduates into has major implications for their economic trajectory.

Caraccio even had some choice. At the time he made his decision, he had three offers on paper and a handful of other companies still interested in continuing conversations. Ultimately, he picked his employer because they’re based in New Hampshire where he wanted to stay.

Throughout the job search process, Caraccio, who had some relevant internship experience, was always confident he’d land somewhere, though he was anxious to find out where.

“I wasn’t super worried, to be honest I didn’t think about it a ton,” Caraccio said of his job search. “In my major it just felt like everyone got a job,” Caraccio said, adding that he felt lucky his natural interests aligned with a field that is so employable. 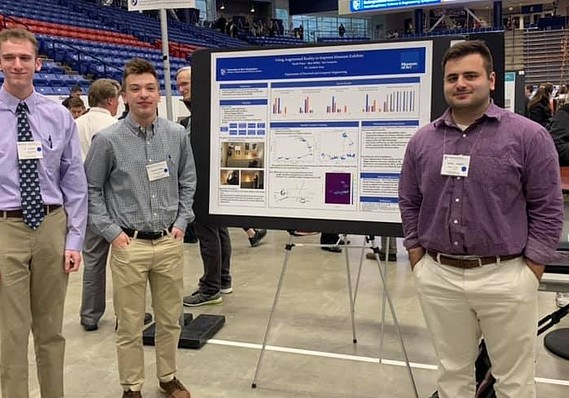 Joe Caraccio is graduating college this month. He had a job lined up in October.

But the picture isn’t all rosy, according to Elise Gould, a senior economist at the EPI and a co-author of the report. The 49-year record-low unemployment does not extend to college graduates.

“Certainly this year’s graduates have better job prospects than those that graduated in the immediate aftermath of the Great Recession,” Gould said. “But in many ways the economy that they face is not as strong as it was back in 2000.”

One in 10 young college graduates are underemployed, higher than the 9% underemployment rate in 2007.

For Kyle Brodnick that’s meant little concern about actually landing a job, but a bit of a struggle to find the type of gig that will lead him to his ultimate goal of running for office. The political science major said he felt like he made the right connections and networked with the right people to land the type of job he’s interested in — he worked for his state representative and was a field organizer for the J.B. Pritzker gubernatorial campaign — but “they’re just not hiring right now,” he said.

“There’s so many opportunities, but yet there’s not,” he said. “It’s kind of an ever changing flow that I haven’t caught up with yet, so I’m just taking what’s in front of me right now.” That’s likely to be a job at a car dealership, Brodnick said.

Brodnick, 32, doesn’t fit EPI’s definition of a young college graduate — he returned to college at age 27 after six years in the military. But students like him make up a growing share of new college graduates.

The Class of 2019 must also find a job that pays enough to cover expenses and student loans.

The Class of 2019 must also find a job that pays enough to cover expenses and student loans.Young college graduates haven’t seen their wages grow much over the past several years, EPI found, and their student debt loads have continued to rise.

“Even if their wages are may be slowly improving it’s not clear they’re improving enough to offset the growing mountains of debt that many of these young adults face in pursuing their college education,” Gould said.

Brodnick said he’s anxious about how he’ll manage his roughly $15,000 in student debt. “Being a car salesman you have to go and make that money,” he said. “It’s not solid, if I get to a point where I’m not making that money I’m really in trouble.”

Given the combined challenges of slow wage growth, increasing student debt and the need to continually improve your skills, Smith suggests graduates negotiate both their salary and their benefits if they’re offered a job.

One economist suggests graduates negotiate both their salary and their benefits if they’re offered a job.

“It’s important to start off on the best footing possible and know your worth,” she said. “Ask for what you desire and then be mindful of taking advantage of any tuition remission or workforce development that your job will offer.”

Miana Harrison is heeding that advice and hoping to land a job that will help her pay for the graduate education she needs to become a clinical or forensic psychologist. She has roughly $70,000 in student debt from her undergraduate degree in criminology from Indiana University of Pennsylvania.

But the challenge of affording college has complicated her job search. The struggle to just get by while in school precedent over any preparation for finding a full-time job after graduation. Harrison worked in an office on campus, waitressed and nannied in addition to her full-time course schedule while in school. 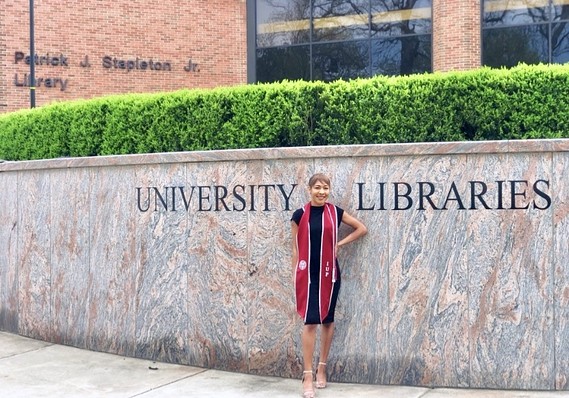 Miana Harrison is hoping to land a job that will help her pay for graduate school.

Harrison’s busy schedule left her little time for extracurricular activities or internships that could help build her resume. And there was also a cost to these activities. Clubs often come with fees and Harrison couldn’t afford to spend time working an unpaid internship.

“Everything I’m looking at is entry level, but they’re also looking for four-plus years experience,” she said.

Harrison plans to continue to work as a waitress while she looks for a more permanent job and if the search gets too tough, she’ll take a job in juvenile probation and work until she feels she has the money to go back to school.

“You think you go to college, you get a degree, you get a job — here I am still searching,” she said.