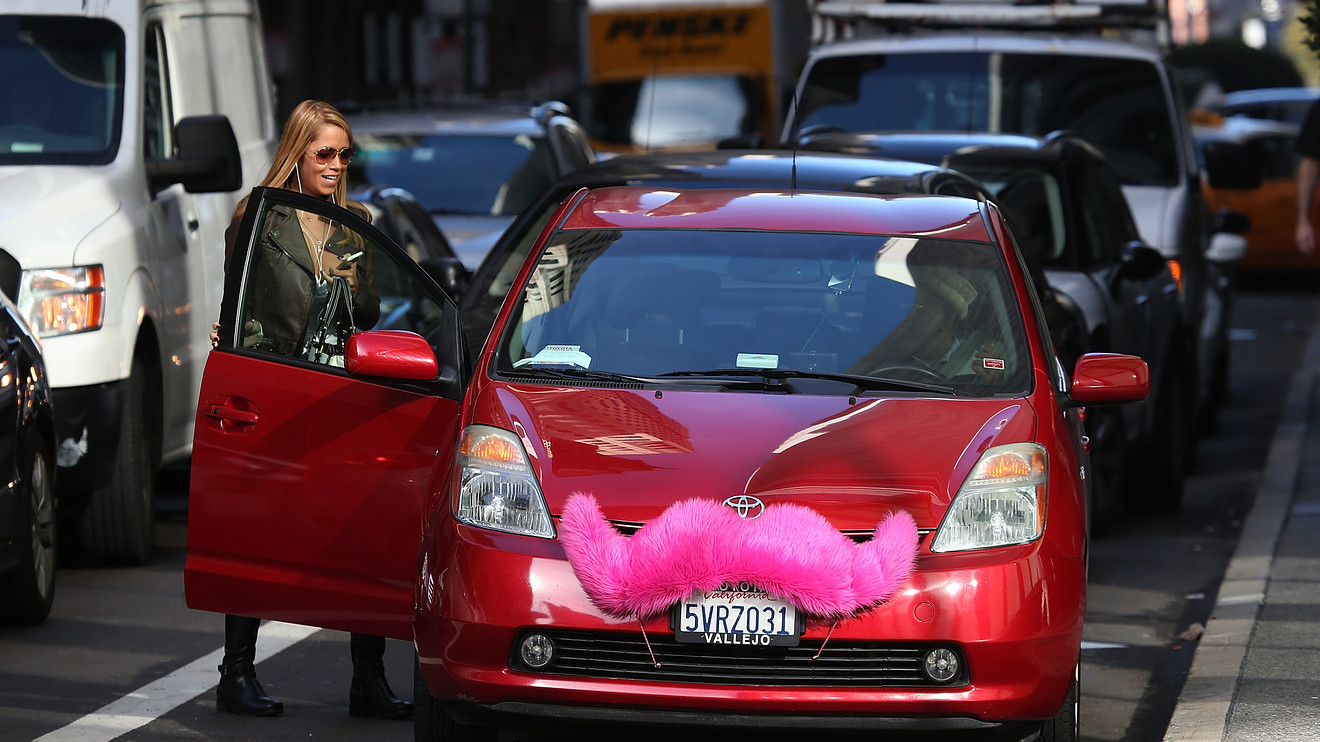 Ridesharing giant Lyft went public in March. Its bigger rival Uber said it will follow with its own IPO on Friday. Their IPO filings to the Securities and Exchange Commission lifted the veil for the first time on the sustainability of their business models and — for now, at least — their low prices.

Ride-sharing services are designed to undercut traditional taxi cabs by allowing passengers to share a ride for a cheaper price. Ideally, this results in higher revenue for the driver, but only if they manage to pick up other customers en route. If one person takes a ride-share and the driver finds no other passengers, the Uber or Lyft driver may end up losing money. Following their respective IPOs, both companies will be under increased pressure from investors to turn a profit.

The IPO prospectus for Lyft and the initial SEC filing by Uber lift the veil for the first time on the sustainability of their business models and low prices.

At the moment, both companies are losing money. Your rides are effectively being underwritten by venture capitalists who have financed the companies. Uber UBER, +0.00%  has collected a total of $13.6 billion in private investment, according to FactSet. Lyft attracted approximately $5.2 billion in private investment prior to its IPO. That begs the question: Will ride-sharing still be a cheap, and attractive, alternative to owning your own car when these companies have to turn a profit?

Both Lyft and Uber will have an uphill road ahead to profitability. Uber stated in its initial filing: “We have incurred significant losses since inception, including in the United States and other major markets. We expect our operating expenses to increase significantly in the foreseeable future, and we may not achieve profitability.”

It added, “We have not yet achieved profitability, and even if our revenue exceeds our direct expenses over time, we may not be able to achieve or maintain profitability. The relationship of revenue to direct expenses is not necessarily indicative of future performance.” Uber also experienced a torrid two years in which it ousted CEO and founder Travis Kalanick.

In response to Lyft’s filing last month, some financial media quickly focused on the red ink detailed in that company’s IPO. Lyft has reported net losses of $683 million in 2016 and $911 million in 2018, and a total “accumulated deficit” for its entire seven-year history of $2.9 billion.

Are these economics sustainable? How long will low prices last?

Long-term investors may question whether that is sustainable in a competitive market. Anyone standing on a street corner trying to hail a ride on their smartphone can compare the prices of Uber and Lyft in a moment. (An app may soon compare the two for you — and hail the cheaper ride).

It costs $29.86 to book an Uber pool from North Williamsburg, Brooklyn to the Upper West Side of Manhattan, a five-mile journey, during rush hour. It costs slightly more ($30.53) for a shared ride on Lyft, Uber’s smaller publicly-listed rival, but only $19.85 on Via, another ride-sharing app that is attempting to increase its market share.

Will ride-sharing still be a cheap, and attractive, alternative to owning your own car when these organizations have to turn a profit?

This competition may put downward pressure on margins at Uber and Lyft, as the two companies fight for your dollars. Yet economists note that a duopoly — an industry effectively controlled by two big rivals — tends to be more stable and profitable than an industry where anyone can jump in.

Traditional taxis have also turned to apps. In New York, the Taxi and Limousine Commission last year approved a two-year pilot program called Waave, an app that allows people to hail a yellow cab with an app and get their exact price before getting into the cab. Unlike Uber and Lyft, Waave doesn’t have “surge pricing” during rush hour or a rainstorm when more people are looking for car-share services and cabs.

Lyft’s filing notes that its losses are “paper” or accounting losses. Most management experts agree that actual cash flows, rather than accounting losses, are often a better guide to a company’s underlying health. Operating cash flow is still negative for Lyft, but the numbers are smaller and falling — from a negative $487 million in 2016 to $281 million in 2018.

That said, early stage companies typically lose money as they ramp up operations. The question is the company’s direction. Last year, Lyft’s revenues rose 34% faster than costs. Gross profits — meaning profits before all the central costs — more than doubled to $913 million.

Lyft already makes a positive gross margin per ride and has managed to increase that while battling intensifying competition with Uber. In 2016, Lyft pocketed 18% of the average cost of your ride. Last year, the figure was 27%.

More people are choosing not to own a car

The more people who use ride shares, the more likely these companies will benefit from economies of scale, and be able to keep their prices down. Lyft says that just over half its riders use its service to commute to work, and 35% do not even own or lease their own vehicle. A third of Lyft users, in other words, are now post-car. And while the number of active users is reasonably small, it is growing almost exponentially.

The more people who use ride shares, the more likely these companies will benefit from economies of scale, and be able to keep their prices down.

Some 30.7 million people — or nearly 10% of the U.S. population — took at least one Lyft ride last year. The company’s revenues tripled between 2016 and 2017, and doubled again last year to $2.1 billion. Total bookings — the amount spent on rides, excluding tolls and taxes — in 2018 were $8.1 billion. Last quarter, Lyft passengers took 178.4 million rides, or just under two million a day.

Five years ago, before Uber and Lyft had really taken off, there were only a few places in America — such as central New York City, Boston and Chicago — where you could live reasonably without owning a car. No longer. The rapidly growing network of ride-sharing services has made it increasingly feasible in most other cities and suburbs.

The scale of the economic opportunity for these two companies is dramatic, studies show. Owning and driving our own cars is extremely costly and inefficient, in time, effort and money, studies show. Data from the American Automobile Association suggests that the cost of driving your car each mile is roughly twice the cost of the fuel: In other words, wear and tear — measured as maintenance, repairs, and replacement tires — works out at roughly as much again as the amount you spend on gas.

According to the U.S. Labor Department, the average household spends $8,500 a year on cars. That’s $23 per day, and that doesn’t include parking. Nor does it include the non-monetary cost of the time spent finding a parking spot, cleaning your car, digging it out of the snow, or taking it to and from the mechanic. Lyft cites independent analysis that claims the average car is used only 5% of the time, and is parked the remainder of the time.

Both Uber and Lyft are hoping the expense of owning and running a car will be enough of an incentive to lure more people to use their ride-share services.

(Quentin Fottrell contributed to this story.)